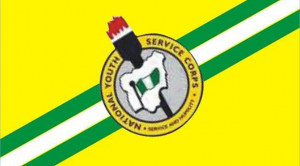 The National Youth Service Corps, NYSC, in Nasarawa State said 15 corps members in the Batch B Stream 1 had been sanctioned for various misconducts.

The state NYSC Coordinator, Zainab Isah, confirmed the action in an interview with the News Agency of Nigeria (NAN) in Lafia on Friday.

Ms. Isah said that the affected corps members had their service year extended by various periods.

According to her, 2,224 Batch B Corp members successfully completed their service year.

She added that the successful NYSC corps members were issued certificates of national service at a low key passing out ceremony held in Lafia, on Thursday.

Ms. Isah explained that the decision to extend the service year of the erring corps members was the recommendation of the state NYSC Disciplinary Committee.

She said the sanction was to serve as a deterrent to others.

“We have four corps members who absconded from service. Then 11 of them have various disciplinary cases.

“I am really disappointed that even with the noble effort of government through this scheme, some people are not taking advantage of what NYSC is offering,” she said.

The coordinator, however, disclosed that three corps members would be given awards for outstanding performances in their host communities.

Ms. Isah advised the just passed out corps members to be self-reliant rather than wait to seek for white collar jobs.

She thanked the state government for its support to the scheme and urged for its sustenance especially in the area of engagement of corps members who might have made significant positive impact in the area of their primary assignments.