Home Entertainment Bovi Makes Jokes About His Children And Nigerians Did Not Find It...
Facebook
Twitter
WhatsApp

Ace Comedian Bovi has been accused of cracking inappropriate jokes about him trying to keep his son and daughter from being gay.

Most people say it was wrong for him to sexualise his kids just to make people laugh.

See the accusations and his replies below: 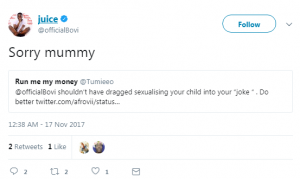 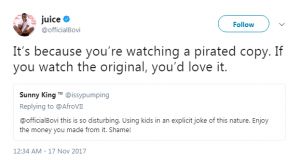 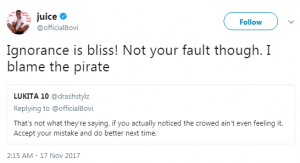 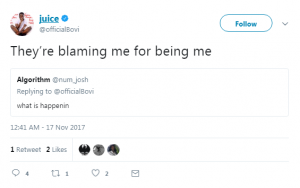