Chude Jideonwo and Adebola Williams, co-founders of StateCraft Inc., the nation-building arm under RED, on Wednesday, launched their new book, ‘How to Win Elections in Africa: Parallels with Donald Trump’ at Yale University, New Haven, Connecticut, with a discourse on the future of democracy in Sub-Saharan Africa in light of the seismic changes toppling political establishments in the past few years. 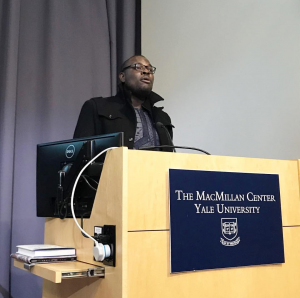 The event, which coincided with the first anniversary of Donald Trump’s epochal win during the 2016 American elections, featured a reading from the book by co-author, Chude Jideonwo from a chapter about the role that citizens’ anger plays in the success or otherwise of elections.

A panel discourse on the future of democracy in sub-saharan Africa in light of recent developments in Kenya and Rwanda followed afterwards. Moderated by Yinka Adegoke, the Africa editor at Quartz, the panelists – Eddie Mandhry, the Director for Africa at Yale, William Casey King, the Director of Capstone programmes at Yale’s Jackson Institute for Global Affairs, Lorna Solis, the Chief Executive of the Blue Rose Compass at Yale and Jeremy Seekings, the Director of the Institute of Democracy, Citizenship and Public policy in Africa at the University of Capetown. 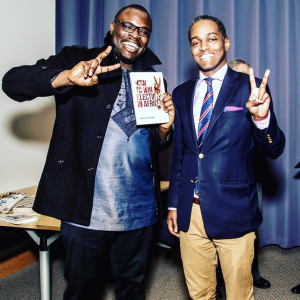 On Thursday, 9 November, 2017, the book began its tour around America with a book reading event at Ohio University’s Center for International Studies, Athens Ohio.

In keeping with the general theme of the book, which draws parallels between campaigns and elections in Africa and America, the reading at Ohio University happened on the ‘Africa at Ohio’ platform of the University’s African Studies Program. The platform’s goal is to share Africa-related research and writings with global readers. 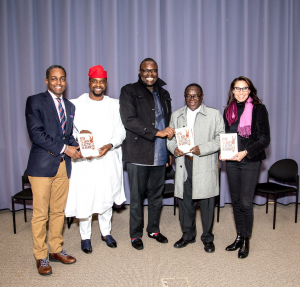 “We couldn’t have been more excited to share the learnings from ‘How to Win Elections in Africa: Parallels with Donald Trump’ with the well-versed students, alumni and entire faculty at Ohio University’s African Studies Program. The truly epic turn-around we all witnessed across the American elections landscape on the first anniversary of Donald Trump’s shocking win mirrors the events that motivated us to write about the remarkable changes happening on our own continent,” said Adebola Williams, co-author and founding partner at RED. 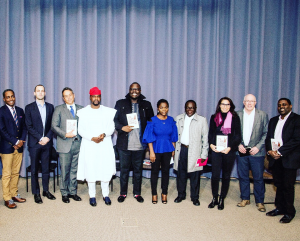 ‘How to Win Elections in Africa: Parallels with Donald Trump’ will continue its tour around America in the coming weeks with stops in Boston, Pennsylvania, Washington D.C and more cities to be announced shortly.