Home News Feed 24 Universities Shared N23 Billion Causing Fresh Crisis In Nigerian Universities
Facebook
Twitter
WhatsApp
A new investigative report has revealed how the sharing of the money as released by the government has resulted in a crisis among the university unions. 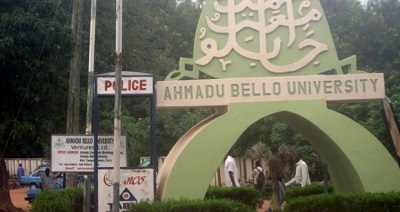 Full details of how N23 billion disbursed to Nigerian universities to settle earned allowances and arrears was shared among 24 universities has been obtained by Premium Times. 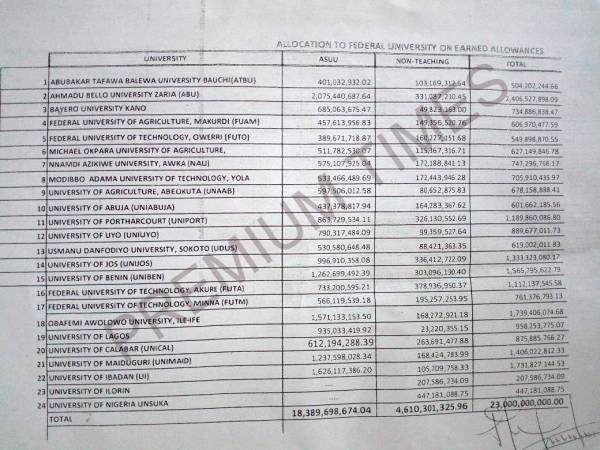 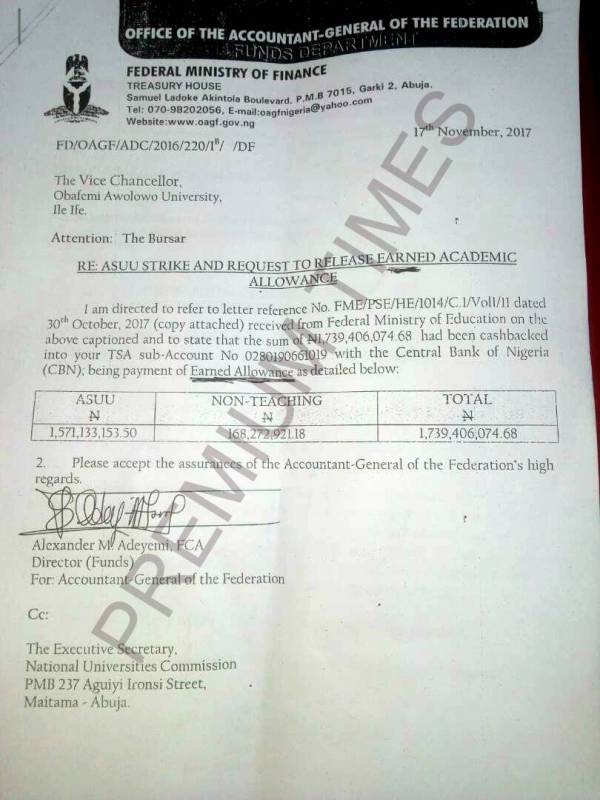