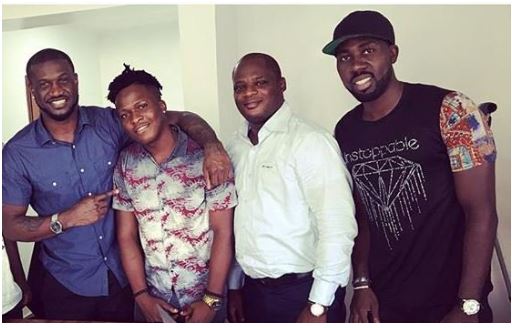 Peter Okoye of the defunct music group P-Square has signed the first artist, Singah, to his record company PClassic Records.

He made the announcement on his instagram page on Thursday.

The 36-year-old singer/dancer described the new signee as a multi-talented singer, songwriter, and producer. Peter recently hired Emem Emma of the defunct girl band Kush as his manager.

Following the release of his first solo hit, ‘Cool It Down’ in October, Mr P recently released another single ‘For My Head’.