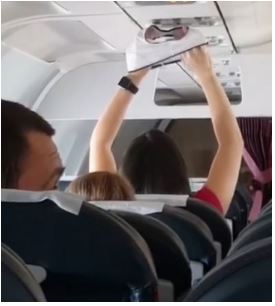 New day, new craze. A woman was filmed drying her underwear on an airplane by holding them close to the air vent above her head.

The woman, who was onboard an Ural Airlines, was seen in the video waving the black and white pants high above the heads of her fellow travelers as she spent about 20 minutes drying them out. The flight she was on was going from Antalya, in southern Turkey en route to the Russian capital of Moscow. 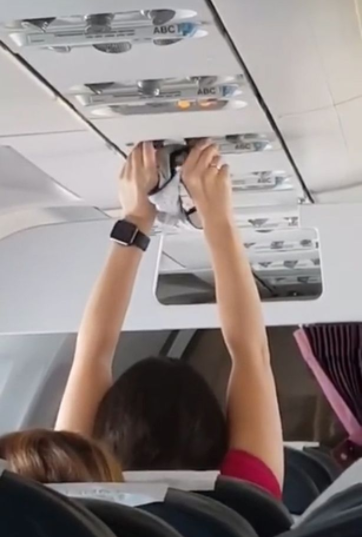 Fellow passengers on the plane said the woman was not embarrassed as she moved her panties around under the vent to dry them.

One anonymous eyewitness said: “Everybody was looking with interest and confusion, but everybody remained silent.”

The video recorded on a passenger’s phone has sparked a lively debate after it was posted on video-sharing platforms.