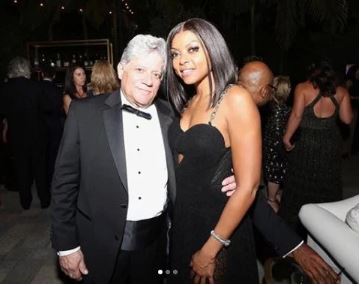 Vincent, who has worked in the business for about 40 years and has been closely associated with the successful careers of Oscar winner, Halle Berry and Empire star, Taraji P. Henson, reportedly preyed on young women looking to break into Hollywood.

The Washington Post reports that the women claim Vincent used his reputation “as an important gatekeeper for black actresses” to “prey upon young women of color seeking an entry into Hollywood.”

In a statement made available to Deadline, Cirrincione said:

“It is with incredibly great sadness that at this time, I believe it’s in the best interests of all my actors and actresses that I represent to close my management company. This business is hard enough and I don’t want to distract in any way from their careers or opportunities in the entertainment field. I wish all the people I represent the very best in all  their future endeavors.”

This move comes after some of his biggest clients, including Taraji P. Henson and Julie Benz, dropped him as a manager over the weekend, sources said.

One of the alleged victims, Tamika Lamison, says she was a 27-year-old New York stage actress in 1996 when an audition with Cirrincione ended when he grabbed her, kissed her and said he’d accept her as a client in exchange for sex. Lamison pushed him away and left.

Meanwhile, here is what Taraji P said about the Sexual Harassment Allegations.