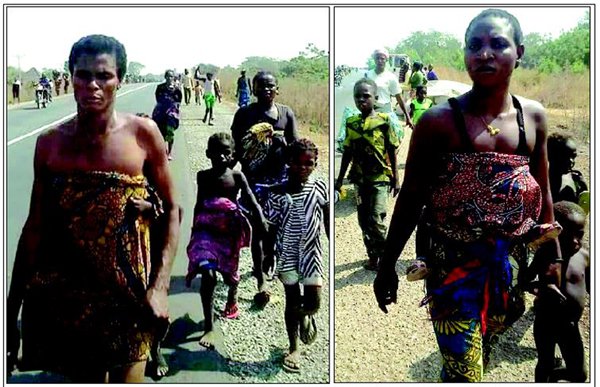 According to The Nation, there is currently an influx of Tiv residents from Nasarawa State into Benue State, following sustained attacks by suspected Fulani militia.

Suspected Fulani herdsmen are said to have launched attacks on Tiv indigenes in Nasarawa State.

The busy Lafia/Makurdi road has been overtaken by victims of Fulani attacks who are heading towards Benue.

Women with children on their back were seen trekking long distances, looking tired and hungry. Some of the children were half-naked, just as men carrying mattresses and personal belongings also fled.

A Nursing mother, Juliana Uma, said her husband and two children were killed after suspected herdsmen attacked their village.

She said she doesn’t know where she was going, but just fleeing for her life.

“Since they killed my husband and children I have to run for my life,” she said.

Benue State Governor Samuel Ortom said there are seven IDPs camps with over 100,000 people there. He appealed to the Federal Government to assist with relief materials.