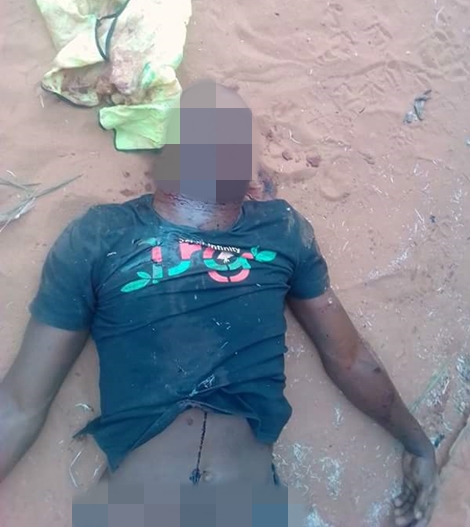 A Facebook user identified as Uwas Ben Crown, has taken to the social networking platform to share the photos of a man who was shot by his own biological brother during a fight in Imo State.

He posted the photos and wrote: “A Disastrous Event In Okigwe Local Government are Of Imo.

“It all happened in Umuoma IBU in Okigwe Local Government area of IMO where two biological brothers were fighting, one of them shot his victim brother to death. Rest in Lord Ebekuo till we meet to path no more.” 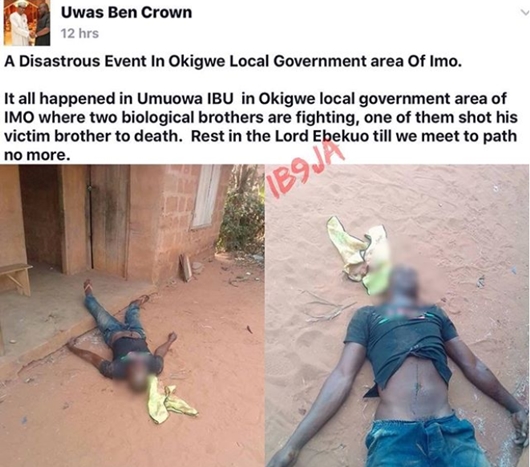 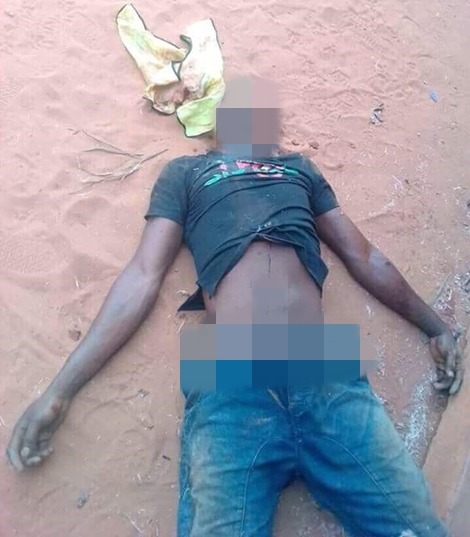