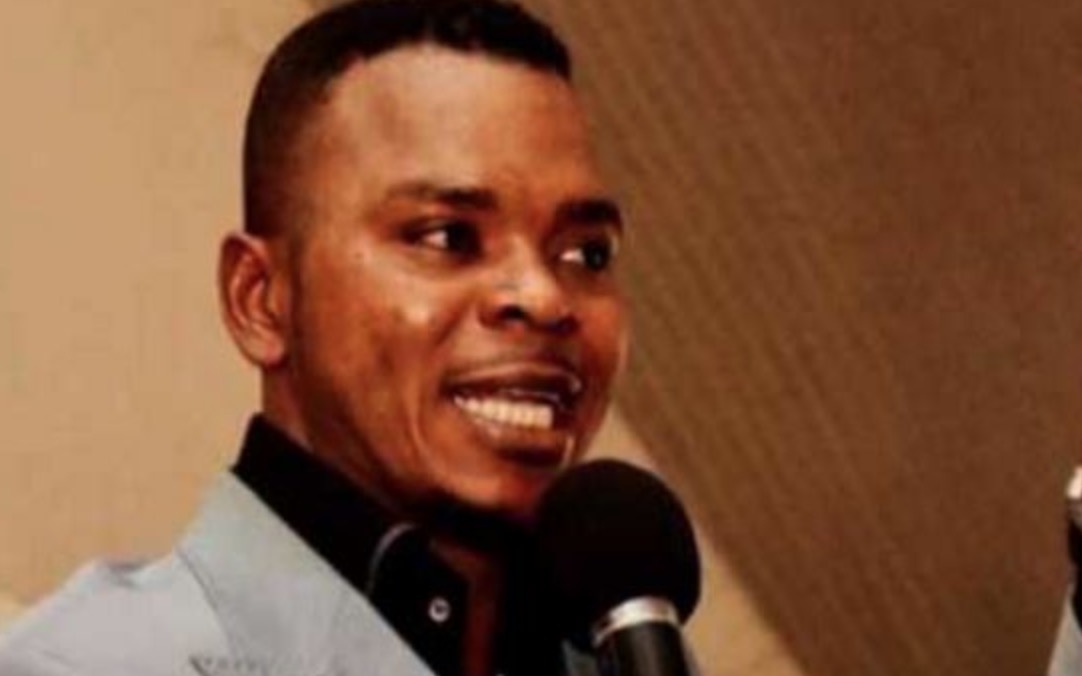 Founder and leader of The International God’s Way Church, Bishop Daniel Obinim has caused another stir on social media with the video of one of his latest ‘antics’ already going viral.

The popular bishop was seen in one of his church branches during service and he was reportedly trying to fly on air like a bird to heaven.

It appears that the pastor, during his prophetic and deliverance service wanted to take off into the skies. In the video, the man of God who was fully dressed in a suit and tie, mimicked the actions of a bird preparing for takeoff by flapping his arms.

After a few seconds of ‘flapping his wings’, Bishop Daniel Obinim started running towards a group of people members at one point of the auditorium at top speed and threw himself into their arms.

Many people then dashed to the spot to also hold him from falling. It appears it was a spiritual exercise.