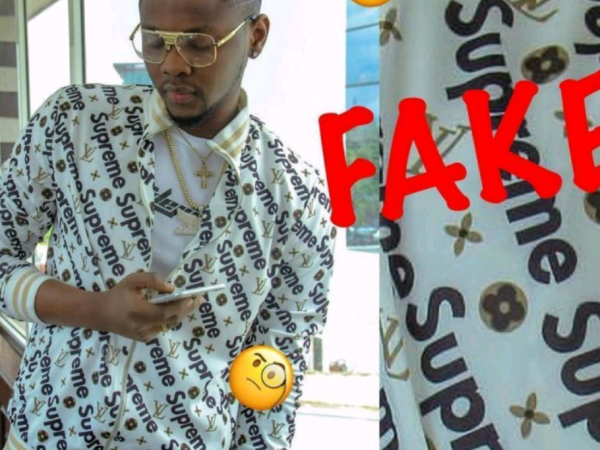 Popular Nigerian singer Kiss Daniel was busted recently for potting a fake Louis Vuitton dress. He was immediately berated by OAP Daddy Freeze for patronising a counterfeit item despite his celebrity status.

The Yeba crooner has however explained why he wore the fake shirt. This was coming after Daddy Freeze revealed that he spoke with Kiss Daniel on the phone.

And according to him, the singer mentioned that he was not aware the cloth wasn’t original. He blamed a certain stylist for the mistake.

The photo surfaced on the internet some few days back and it appeared that it was taken on the location of a music video. Apparently his latest gig with popular rapper, CDQ. Kiss Daniel was featured in the new song and just as it is the norm, the video director will be responsible for styling the artistes other people that appear in the video.

Just got off the phone with @iamkissdaniel and he explained to me that it was the stylist that styled him for the video that created the look.
–
He also is a strong anti-privacy advocate who, just like me, is against any form of counterfeiting.
–
He further went on to state that he really isn’t big on designer items. He just wants to make good music!
–
And good music he does make, I can’t remember ever hearing a bad Kiss Daniels track! Who agrees?👍
–
Now I hereby issue a stern warning to ALL STYLISTS! Don’t jeopardize an ARTISTE’s career with fake products. Authenticate your sources ALWAYS! Thank you! ~FRZ
–
#FreeTheSheeple 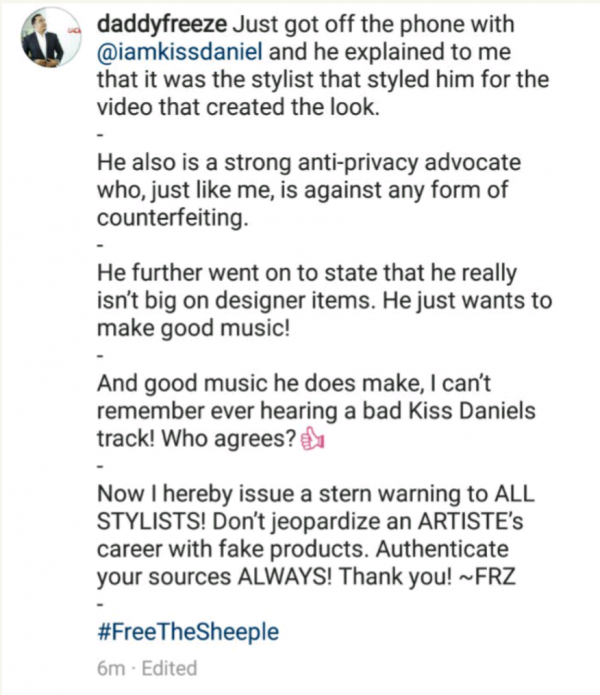