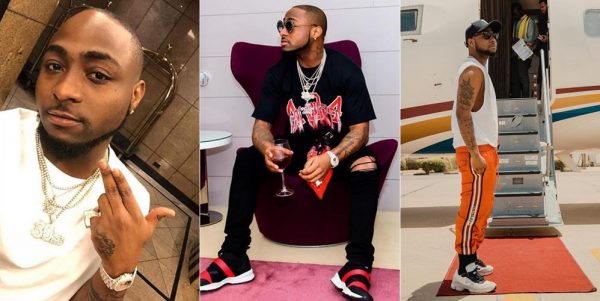 Nigerian Music superstar, Davido has just been dragged by Cameroonians on social media after he made a statement that did not go down well with them. 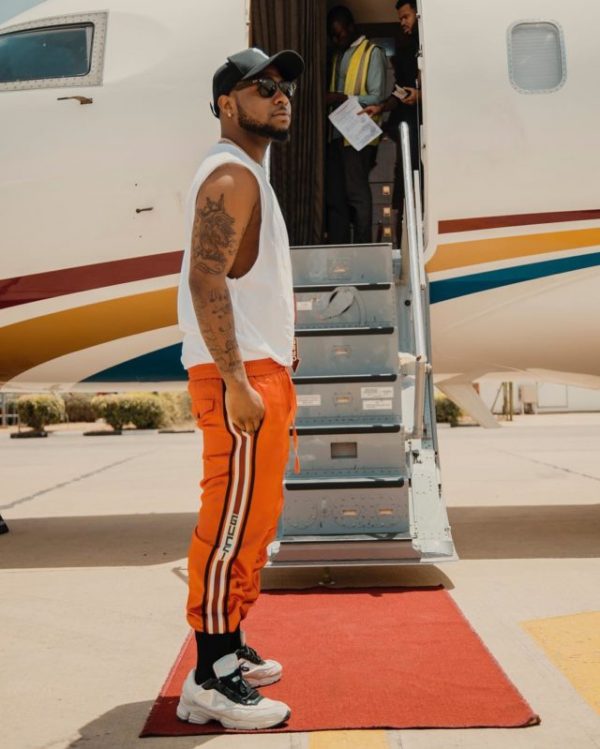 The multiple awards winning singer made a video on social media ahead of his 30 billion concert in Douala over the weekend and disclosed that aside from footballer Samue Eto’o and rapper Stanley Eno he does not know any other Cameroonian. This apparently did not go down well with many of his Cameroonian fans who slammed him for his comments on social media. 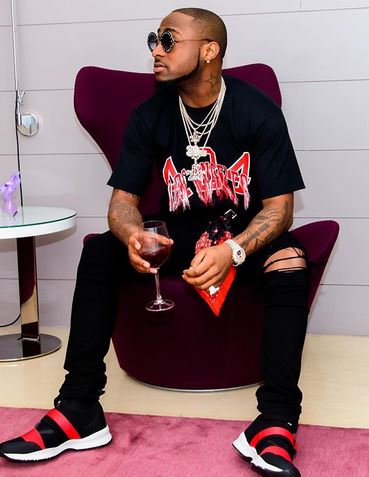 Aside from the insults he got from some fans, one fan in particular asked how come he sang about Roger Miller in his song ‘Gobe’ and still claim not to know him.

See some comments below; 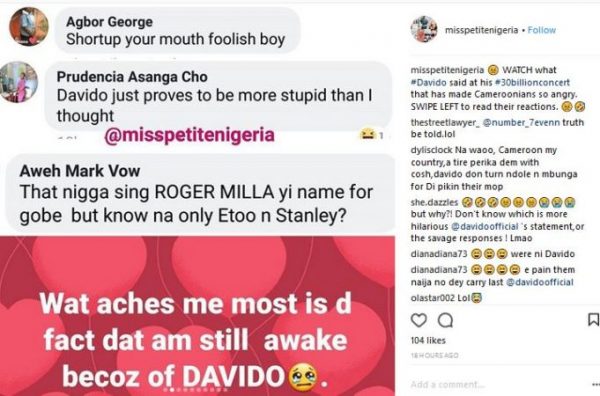 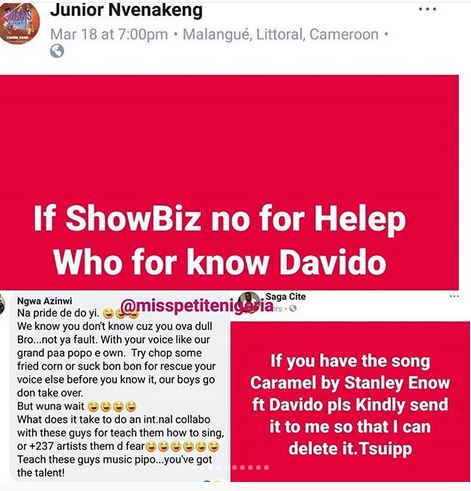 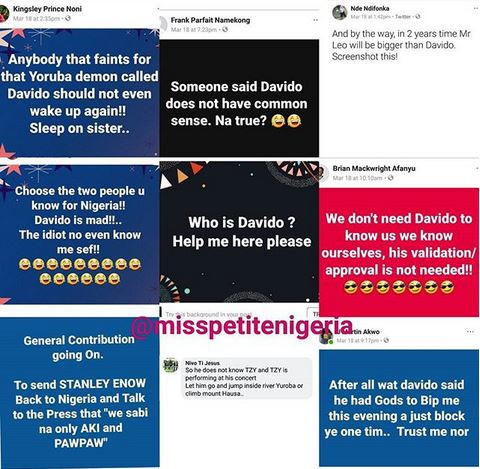