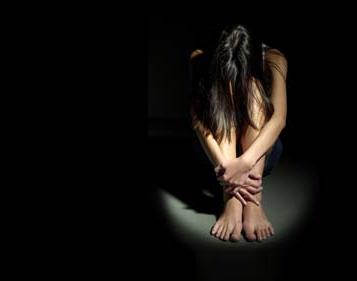 I really want to thank you guys for the good work you’re doing. God bless you people and thanks for always updating us with happenings at home because it feels as if I didn’t even leave home every time I read news and stories from your site. I have a big problem and I need your help.

I live in Spain, migrated there from Nigeria when I was 21 through an aunt of mine, who was into the business of bringing young girls abroad. I have been married to white man for 3 years and we have a son together. Since I married him, he has been so good to me and even my family down in Nigeria. The problem is this, my husband told me a year before we got married that he was raised by his dad after his mum died from cervical cancer when he was only 4 years old.

The dad didn’t re-marry and raised him all by himself. So, he loves his dad too much as his dad sacrificed a lot to see that, he is what he is today. He says he doesn’t deny any request his dad makes and would grant it if its in his power. Then he said his dad who hasn’t been in any relationship with any woman since his wife died likes me and wants to have sex with me. I was shocked but somehow, managed to hide my disgust because I don’t want any crazy white man pointing the gun to my face. The dad who lives in Madrid, a city away from ours, came visiting and his son says I must sleep with his dad if I truly love him.

I did it but wasn’t happy about it. I continued to do every time my father in-law comes to our house or we go to visit him in his city. Last weekend, his dad called that he would be coming to spend Easter with us, I knew it was another weekend of sleeping with two men but I got the shock of my life when my husbad told me is dad requested that they would both sleep with me at the same time since they are both in love with me. He seemed to love the idea and said it to me with a big smile on his face. I almost punched the smile off his face.

He arrived on Friday and luckily for me, he wasn’t too well and his son had to take him to the hospital. He would be here for a week and would definitely want his disgusting request granted as soon as his well enough. Please advice me because I want to run away but the risk is too much.