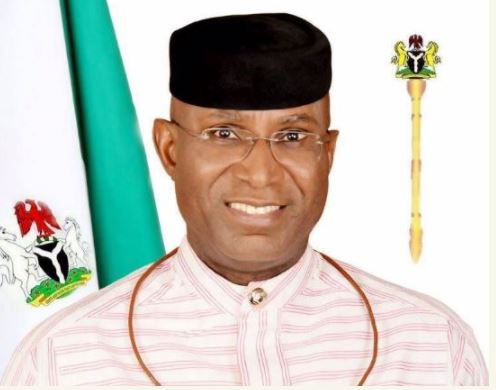 The Nigeria Police, Department of State Security Service and the Attorney General of the Federation, have been restrained by a High Court of the Federal Capital Territory from arresting or threatening embattled senator, Ovie Omo-Agege.

The senator who reportedly led some hoodlums and stole the Senate Mace during plenary on Wednesday, was briefly detained by the police after he was arrested at the premises of the National Assembly.
The Senate spokesman, Abdullahi Sabi, later accused Omo-Agege of leading the unknown persons who broke into the Senate’s session and carted away its mace, but in a statement Wednesday evening, the senator denied the allegation.

Omo-Agege’s lawyers approached the court on Thursday seeking an interim injunction against further arrest or detention of the senator.

The team of lawyers led by Aliyu Umar, a Senior Avocate of Nigeria, asked for court’s protection for the embattled senator pending determination of a fundamental human rights case brought against the respondents.

The judge, Ishaq Bello, granted the four-point prayers of the senator’s lawyers and adjourned the matter to May 6. The case is also reassigned to Court 30 for hearing.