Home Entertainment While other artistes are running after BBNaija Teddy-A, he is running after...
Facebook
Twitter
WhatsApp 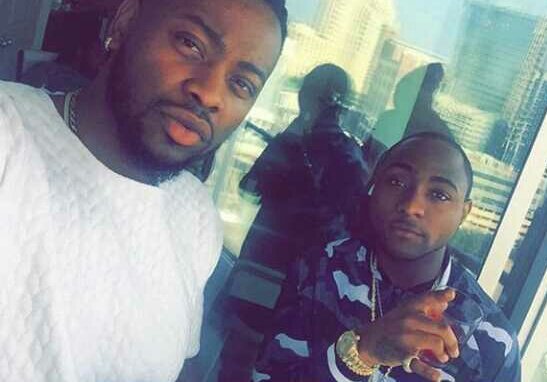 Shortly after ex-BBNaija housemate, Teddy-A left the big brother Naija house, various celebs hailed him like he was a crowned king and those from the music world called on him for a collaboration including Olamide, Iyanya, and Phyno.

However, Teddy-A seems not to be feeling the same way about Olamide, Phyno, and Iyanya, as he kind of relented in connecting with them but rather ran after the self-proclaimed “Omor Baba Olowo” and DMW boss, Davido. This is somewhat considered a slap on Iyanya, Olamide and Phyno who openly associated with him with great pride.

Teddy-A was recently seen having a chat with Davido on Twitter and it looks like the two guys are building a rapport that many have been speculating would lead to collaborations. Teddy A initiated the chat by hailing Davido saying, “OBO! Stay shining my g! @iam_Davido” We all know how Davido loves things like this. So he gave a likely response saying:

“Teddy! Blown there!” This response by Davido goes to suggest himself and Teddy-A have an existing rapport, which just as suggested by fans, could lead to series of collabos. Teddy-A could even get signed to DMW. Let’s watch out.