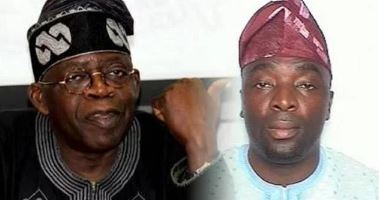 Oyetunde Ojo, son-in-law to Bola Tinubu, a national leader of the All Progressives Congress (APC), has been barred from serving as one of the agents in the rescheduled governorship primary election in Ekiti.

Ojo is a former member of the House of Representatives. The primary election was disrupted when it first held on Saturday. Some delegates and agents of aspirants had alleged that the exercise was fraudulent.

Ojo and six others were identified by the national body of the party as those who disrupted the exercise which took place at the Oluyemi Kayode Stadium in Ado-Ekiti.

“All identified unruly agents that participated in the suspended primary election of 5th May 2018 are disqualified from participating in the rescheduled primary as agents,” Bolaji Abdullahi, the party spokesperson, said in a press conference.

For the fresh primary election fixed for Saturday, May 12, Abdullahi said agents’ tags must bear the names of the aspirants they represent.

“All aspirants would be held vicariously liable for the conduct of their agents,” he said.

He is married to Folashade Tinubu-Ojo, the iyaloja of Lagos. He represented Ekiti west, Ijero and Efon federal constituency at the House of Representatives.

Share
Facebook
Twitter
WhatsApp
Previous articleWhy I Wanted To Win BBNaija – Cee-C Speaks On ‘Boyfriend’ Didi, Film School, Father’s Business
Next articleFriends Mourn After Man Was Beaten To Death In Enugu Days Before Returning To His Base In Abuja (Graphic Photos)
- Advertisement -