Home Entertainment Nigerian man curses his ex-fiancee and her father after she left him...
Facebook
Twitter
WhatsApp

A Nigerian man has taken to Facebook to place curses on his ex-fiancee and her father after the lady jilted him to marry another man. 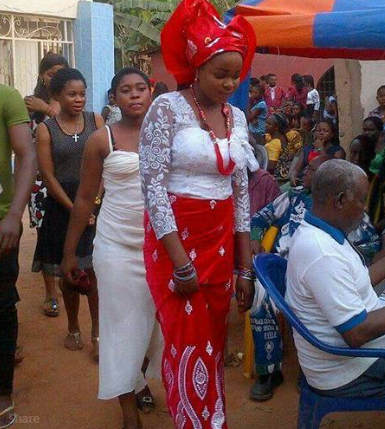 Prince Chika Eugene alleged that he sponsored Uchechi Nnadiekwe all through her tertiary education.

He also said he sponsored her sister Vivian Nnadiekwe through nursing school.

But, after he began their marriage rites, Uchechi left him and went to marry a foreigner. 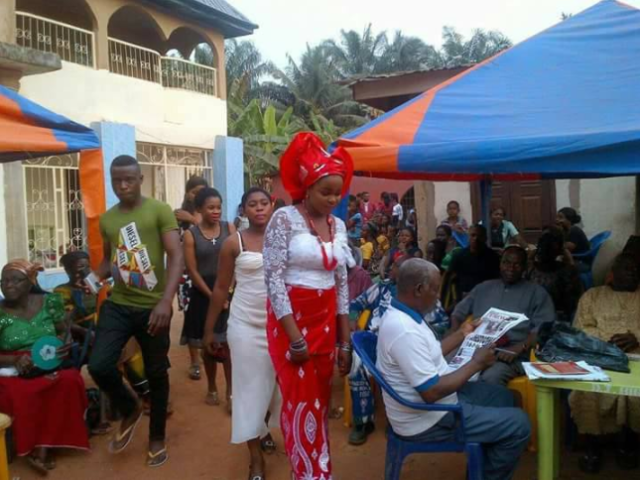 Prince Chika said Uchechi’s family claimed he hadn’t married their daughter so she had a right to marry someone else.

Apparently, her family said he had only done the introduction, not the traditional wedding.

But Prince Chika insists he did all of that and even shared photos of the bride price list he was given when he went to Uchechi’s family to ask for her hand in marriage.

In anger, he placed a curse on Uchechi and on her father Alex Nnadiekwe for letting her marry someone else without repaying him for the expenses he made on her.

Uchechi Nnadiekwe I’m very much sure that God and man will never forgive you and your dad Alex Nnadiekwe, 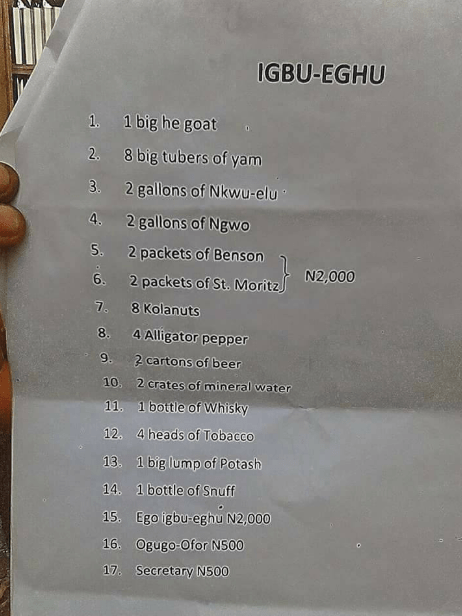 below are the part of list of your traditional wedding but still you and your dad go about telling your new husband that it was only introductions that I had with you, where’s your conscience and that of your dad when he give you out to your Asia guy husband, 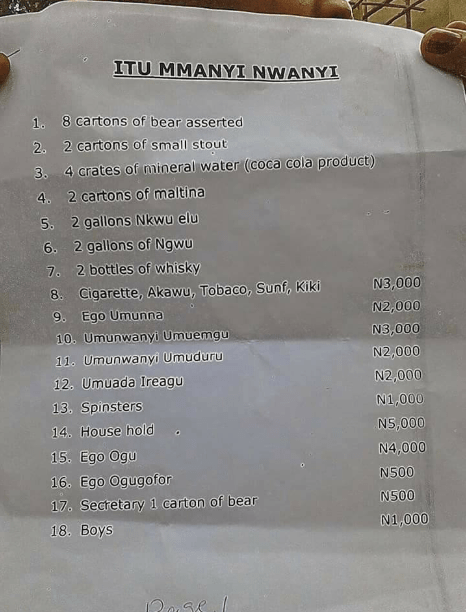 did he forgot that i trained you from the very first day you goes in Alvan Ikokwu college of education and throughout your four years there was my money even when when you abandon me you still collect money from me to sort yourself, the last money you took from me was used for your school clearances that took you to NYSC now. 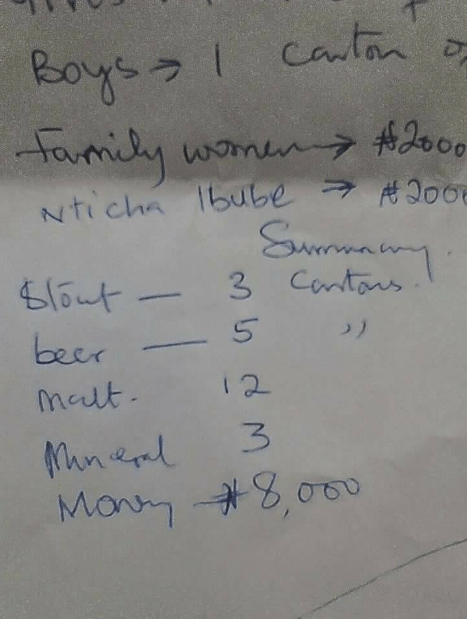 How did you feel when you rush to marry your Asia guy without your family first come for the settlement of expenses , did you forgot how many times i paid your sisters school fees in school of nursing (Vivian Nnadiekwe) I was lost when Vivian was insulting me over the phone but forgotten that her good yesterday was part of my effort.

“Uchechi Nnadiekwe you will marry man of your choice but one thing I know is that God will never let you have peace in your marriage, you will never enjoy marriage or loved by your husband or be happy in your new marriage if you did not confess your evil did against me.

“As for your father Alex Nnadiekwe he’s champions in taking curses, that of the reverend father from st Mary’s Amafuo parish will definitely be small from the one coming from me, he will never enjoy Son in law, he will continue fighting his son’s in-laws until he seized to be alive.”

“UCHECHI NNADIEKWE I DEGREE IN THE NAME OF GOD THAT YOU AND YOUR DAD WILL NEVER SEE PEACE
MY GOD WILL FIGHT YOU PEOPLE.” 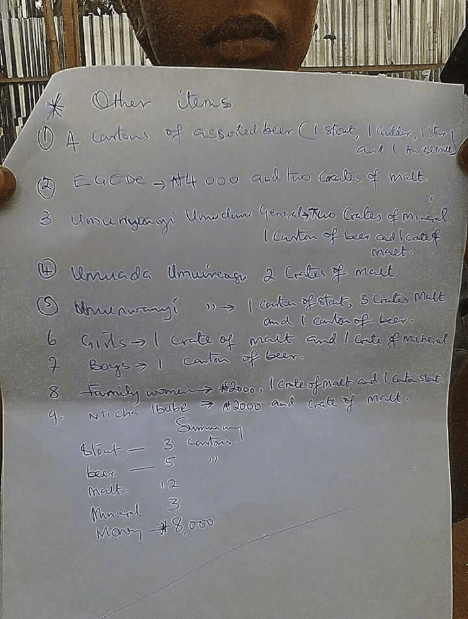