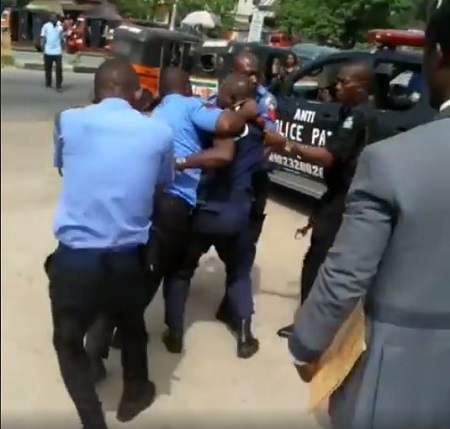 The police officers beating, kicking and bundling the Civil Defence officer inside van

In what many have described as embarrassing and disappointing, men of the Nigeria Police force have been caught on camera fighting, beating and assaulting an officer of the Nigeria Security and Civil Defence Corps.

The exact state where the incident happened is yet to be made known. In the trending video, the police officers numbering over 4 could be seen beating, dragging, kicking and forcefully trying to bundle the Civil Defence officer into their car which he resisted. 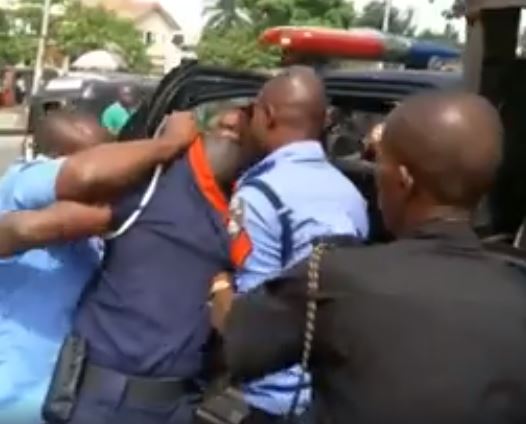 The officers were also seen dragging gun with the Civil Defence officer which was totally dangerous and capable of causing death. The unprofessional conduct of the police officers attracted the attention of a large crowd who watched the shameful scenario play out. 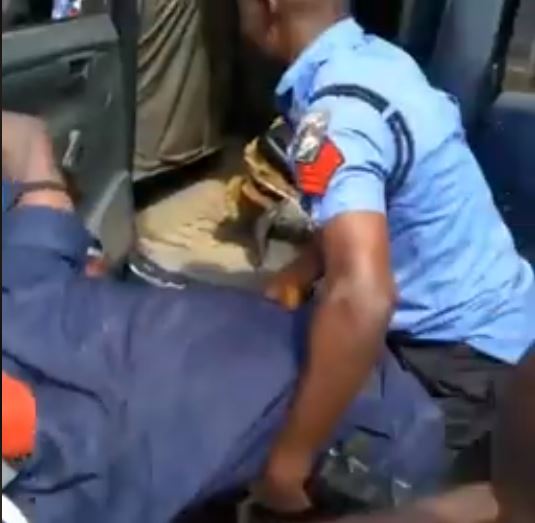 The police made up mostly of school certificate holders has become a source of worry for many because of their greed and inefficiency to tackle criminal acts. 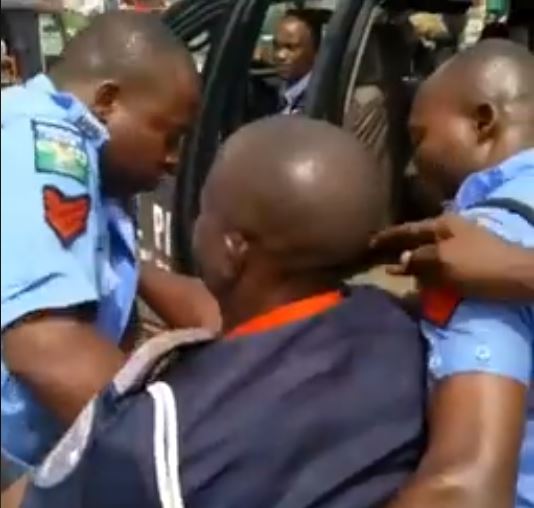 Members of the public have called on the Inspector-General of police, Idris Ibrahim to order a sack of the officers involved in the incident as they are unfit to be called police officers. 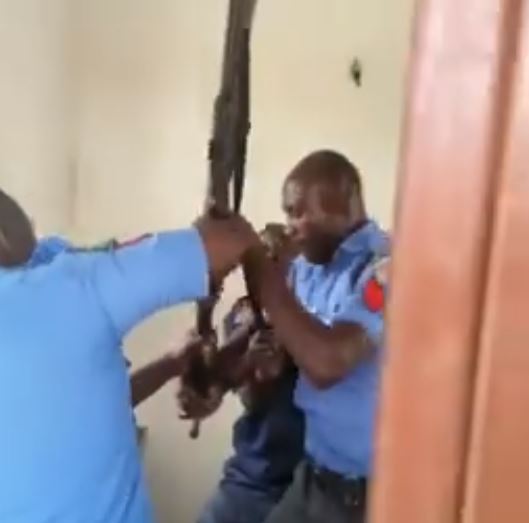 Nigeria Has No Business With Poverty, Insecurity – Obasanjo