A Ryanair flight was clipped by another plane this morning as both prepared to take off from Stansted Airport.

The aircraft, set to fly to Dublin as hundreds head to Ireland today to vote in the abortion referendum, was hit by a Primera plane.

The wing of a Primera flight to Malaga clipped the tail of a stationary Dublin-bound Ryanair aircraft as they were both on the taxiway – before three fire engines raced to the scene.

Genevieve Hulme Beaman, aged 29, from Dublin, told the Independent: “My whole reason to get home is to vote, so as long as I get home to vote it’s fine.

“You can vote until 10pm. I wanted to be there to support the women there, I have a lot of friends who are very emotional today and they could do with the support. It’s not ideal to be here. I booked this early flight to be there for the whole day.”

An airport spokesman said both planes were required to return to the stand after the “minor airfield incident” at around 9.15am today. 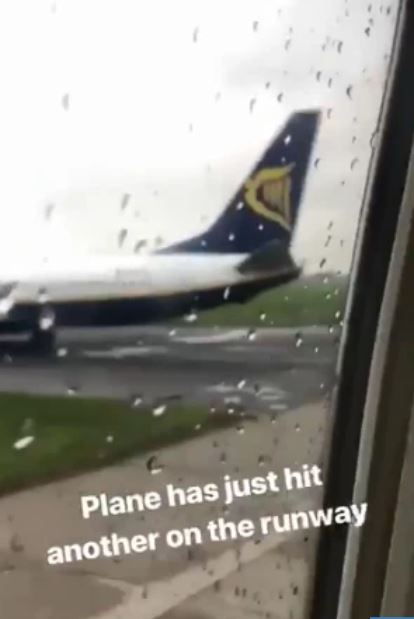 Tom Hart, 30, was on board the Primera flight when he felt the blow from the Ryanair jet.He says around 200 passengers are now stranded at Stansted Airport and haven’t been offered an alternative flight until 1.30am.

He told Sun Online: “We had already been delayed because of technical issues and as we were on the taxiway we felt a blow.

“I wasn’t sure what had happened, it felt like there had been a strong wind, then we looked out of the window and it became clear what happened.

“We had to wait on the plane for around an hour before we were brought off and you could see dents in the wing of our plane.

“We’re now totally stranded and the earliest alternative flight they’ve been able to offer us is 1.30am tomorrow morning.

“There have been no representatives from the airline giving us any information and it’s been left to general airport staff.

“People are furious. We’ve got a wedding to get to tomorrow and other people have seen their plans thrown into chaos.”

“No injuries have been reported and no evacuation was required from either aircraft,” the spokesman added.

“As a precaution, airfield operations were briefly suspended, but all flights have now resumed.” 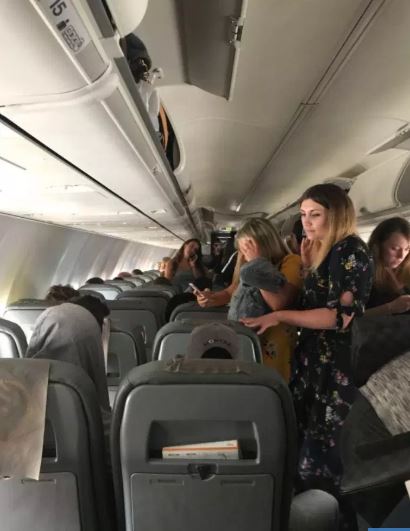 The Irish polls officially open today, with many citizens around the world flying home to cast their votes.

They are voting on a referendum on whether to repeal the Eighth Amendment of the constitution, which prevents the Irish Government from legalising the procedure.

Another Irish passenger hoping to get back in time to vote said she was “extremely annoyed” by the delay.

Ryanair said in a statement: “One of our aircraft was stationary at the designated holding point on the taxiway at London Stansted Airport this morning when the winglet of a Primera Air aircraft taxiing behind scraped its tail stabiliser.

“Both aircraft were under the instruction of London Stansted Air Traffic Control at the time.

“The Ryanair aircraft returned to stand to be inspected by Ryanair engineers.

“To minimise delay, customers will transfer to a replacement aircraft later this morning.”

A Primera Air statement said: “The incident didn’t involve any injuries and evacuation was required for both aircraft. Currently technical teams are working on assessment of the damage.

“A substitute aircraft will be sent to Stansted airport to perform the affected flights and carry passengers to their destinations. Meanwhile, all passengers will be offered assistance by a handling agent.

“At the moment the expected delay for the flight to Malaga is about eight (8) hours.”