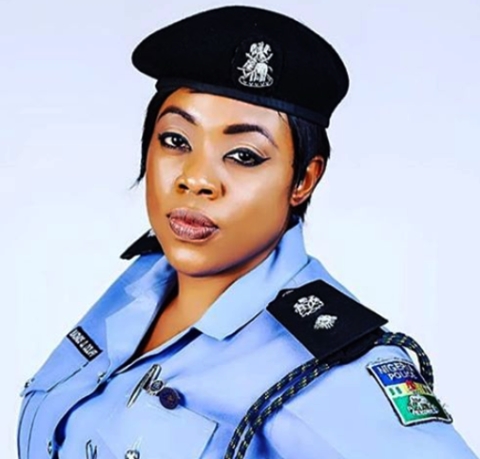 The Lagos State Police Public Relations Officer, Dolapo Badmus, has taken to her Instagram page to slam Nigerians who are putting up a defense for ‘Yahoo Yahoo’ boys also known as internet fraudsters in Lagos.

“How on earth do you think being a “YAHOO BOY “ is profitable?! How on earth do you think using your God given brain ? to defraud another person of his or her hard earned money ?? just to pop champagne ? and show opposite sex that you have arrived make sense?! Have you ever paused to imagine the negative socio-Economic impact this generates?! You are incapacitating the future of other young ones striving so hard to make ends meet!!! I have heard complaints that the government caused it?!!

So my question is that since you’ve been making the yahoo money! How many companies have you established to generate employments?! How many schools have you built with your ill gotten wealth?! How many Hospitals have you constructed?! If you have not done any of this, then greed not government pushed you into it!!!! I know this position might not be popular because yahoo boys may have more data to wage war, sycophants won’t face reality! They will derail from the topic! I see a lot of barbarians will rush to defend this!

But as far as I’m concerned it’s a serious crime that I won’t pretend not to join my voice to end! I support all actions that can be taken by law enforcement agencies to ensure this financial crime comes to an end, not just arrest but due prosecution to ensure sincerity and readiness to fight the crime so that our younger ones striving to do businesses with international community will be given a chance without any form of suspicion or distrust!!!

We must grow our economy and younger ones against all odds!!! I CSP DOLAPO BADMOS stands against “YAHOO YAHOO” Long live Federal Republic of Nigeria ??! God bless our youths!!!”