The Joint Health Sector Union, JOHESU, on Thursday called off its 43-day-old strike after a meeting with Senate President Bukola Saraki. It has now directed its members to resume work on Friday.

The body also slamed the Federal Government for failing to meet its demands.

The directive was contained in a communiqué issued at the end of the National Executive Council meeting of JOHESU and Assembly of Healthcare Professional Associations in Abuja.

The communiqué read in part, “The various gains from the meetings with the Senate President, Bukola Saraki, were presented to the NEC of JOHESU.

“After exhaustive deliberations and discussions, the NEC in session approved that the six-week old strike be suspended this day Thursday, May 31, 2018 because of the sympathy the unions have for the suffering Nigerian masses and also to pave way for further negotiations to continue on Monday, June 4, 2018.”

“I am delighted that JOHESU has suspended its strike. Now, our hospitals will once again be open.

“We must continue with the constant engagement and negotiations to ensure that our healthcare facilities remain accessible for all Nigerians,” Saraki tweeted from his official Twitter account on Thursday. 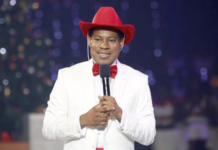