A Nigerian actress has shockingly split from her husband just one week after heartily celebrating their 10th wedding anniversary. 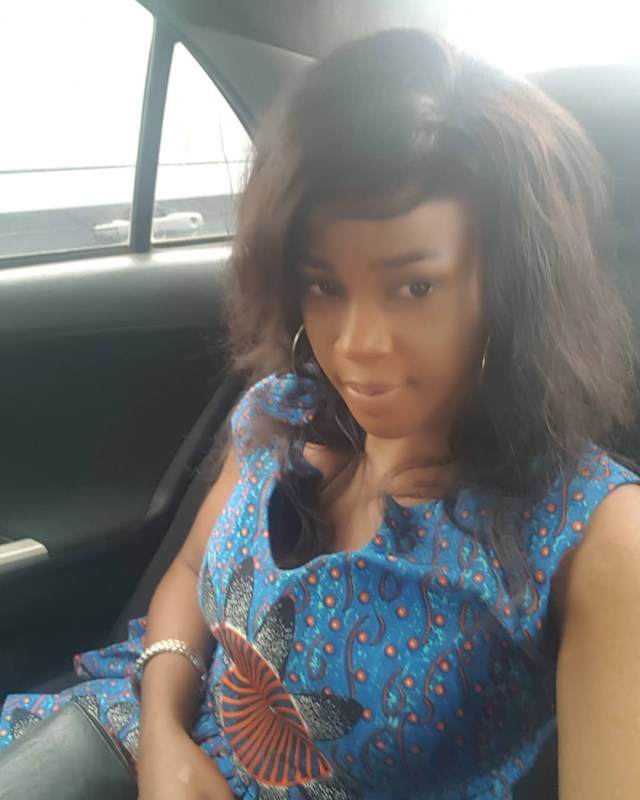 Mrs, Bose Alao, a popular Yoruba actress and movie producer, took to social media to announce that her ten-year marriage to football star, Rasaq Omotoyosi is over.

Not so long ago, Mrs Bose took to her Instagram handle to celebrate her 10th year wedding anniversary so the news of a split took her fans/followers unaware.

Here’s what she wrote for her 10th Anniversary: 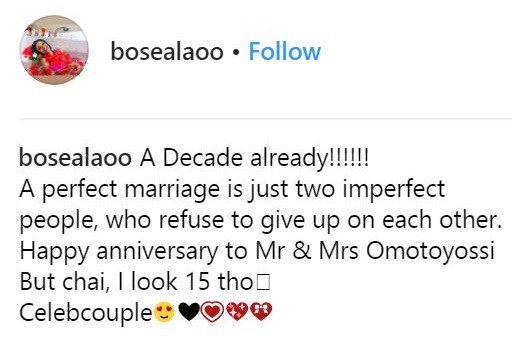 The actress claimed that her marriage ended due to domestic violence.

They were blessed with four beautiful daughters. Alao added that, she has only been pretending all through these years as her husband is a wife beater. 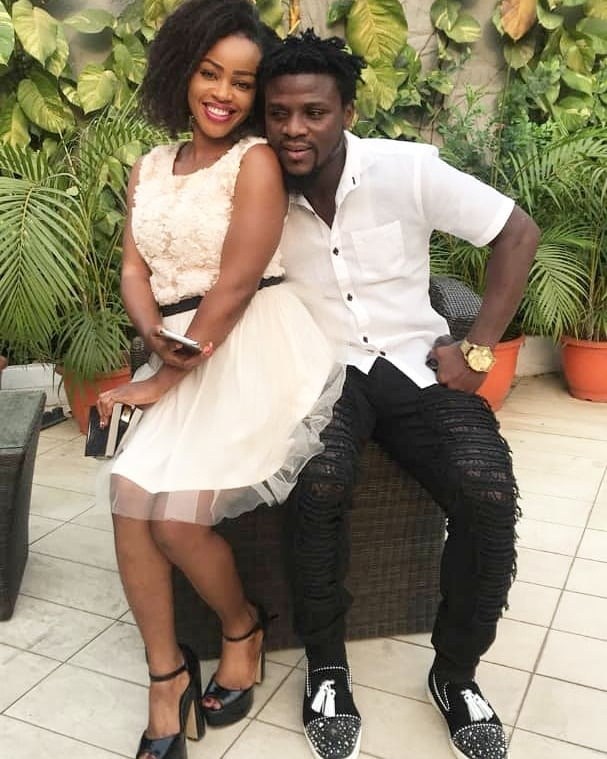 However, the actress who got recently beaten by her husband promised to release pictures of the assault soon because her phone got broken due to the latest violence.

According to her post, Alao disclosed that her marriage to Omotoyosi ended on Saturday, June 2.

Below are some of the posts she made on her WhatsApp status declaring the marriage over. 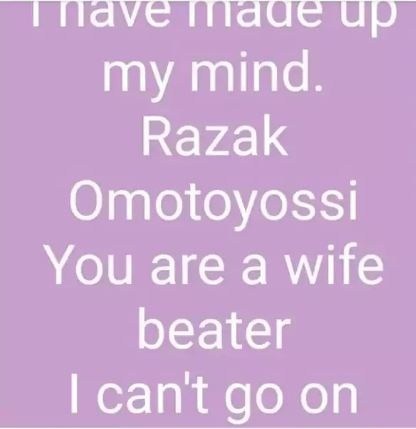 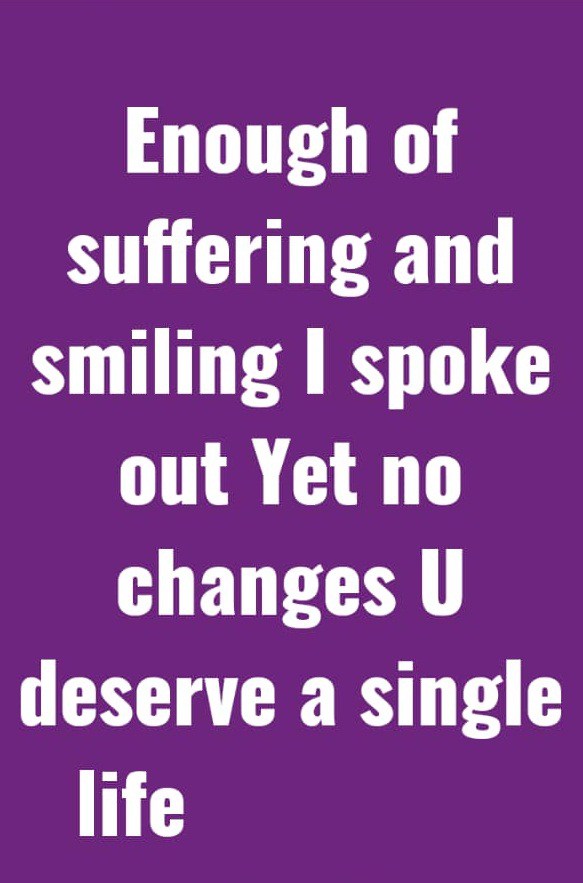 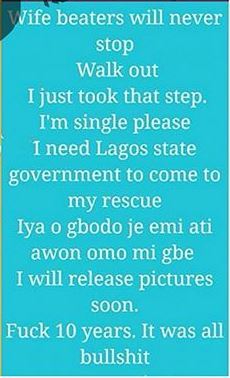 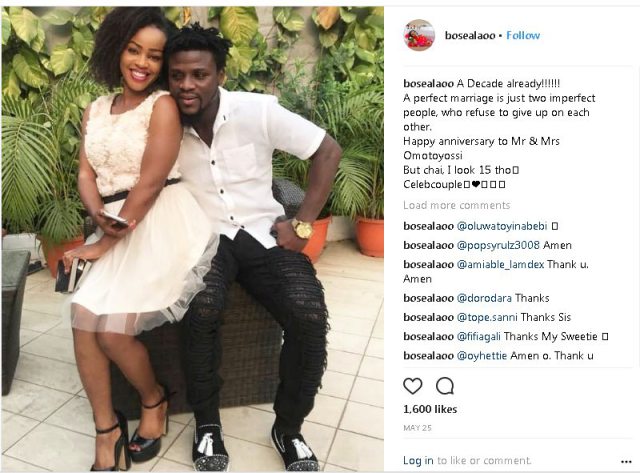