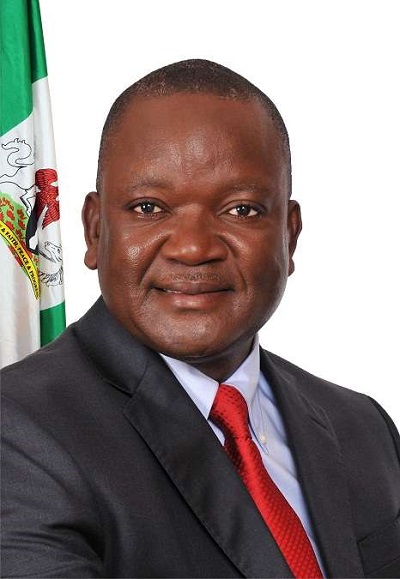 Governor of Benue state, Samuel Ortom has decamped from the ruling All Progressives Congress,  APC.

The governor announced his defection from the APC to the Peoples Democratic Party (PDP) today.

This announcement was made during a meeting with elected local government chairmen and councillors on Wednesday at the Government House Makurdi.

According to reports,  the governor made this announcement after youths, who were protesting, barred him from traveling to Abuja to attend the APC reconciliation meeting.

If we Benue youths had Ortom's itineraries, we would have long blocked his routes and request he pay worker's money owed them for several months.
How can you diss Buhari and love Ortom at same time?
I challenge anyone to point me to any project Ortom has executed.

Ortom has introduced a new one.
Youths of his state stopped him from going to Abuja to hold crisis talks with APC Nat Chairman. He had to obey them.

He has now completed his transfer to PDP.

Medicals revealed ligament issues but the new Team will manage it.

I congratulate Benue State Governor, Sam Ortom, for coming to his senses and leaving @OfficialAPCNg, the party of sorrow, tears & blood, for @OfficialPDPNig, the party of joy, laughter and prosperity. No Benue son should remain in a party that does nothing when herdsmen kill you!