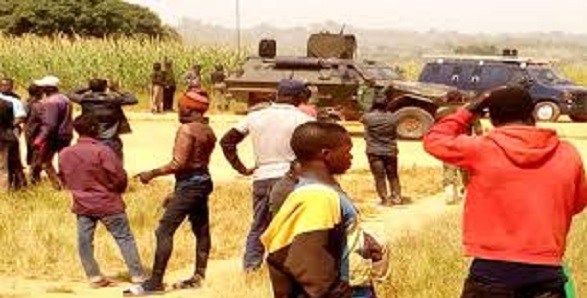 Six persons were in the early hours of Sunday reportedly killed in an early morning attack on Rahwol-Fwi village, a community in Fan District area of Plateau State.

According to reports from Daily Post, the fresh attack underscored the inability of the security forces to restrain the wanton killing of citizens.

An eyewitness said the fresh attack lasted for almost an hour before the intervention of the military.

It was gathered that a Baptist Church, its pastorium, Government Hospital and 17 houses were burnt during the attack.

Confirming the attack, the spokesman of the military Special Task Force (STF), Major Umar Adams, said only four persons died, adding that more personnel had been deployed in the community.

Adams told ThisDay that four persons had been arrested in connection with the attack, adding that the military high command had ordered the STF to relocate its headquarters from Jos to the troubled local council.

The attackers reportedly swooped on the village in motorcycles at about 2:45 a.m. while the victims were asleep and wreaked havoc, escaping before the arrival of security operatives.

Governor Simon Lalong had imposed a dusk-to-dawn curfew on the three councils ravaged by gunmen two weeks ago, leaving behind over 100 deaths and scores of property burnt.