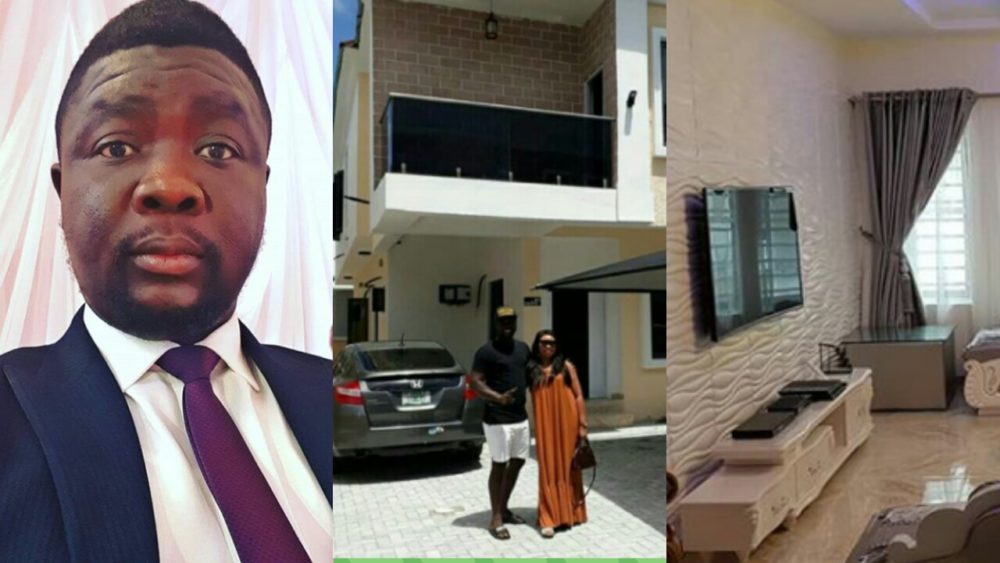 After being called out by sports journalist,Oma Akutugba for his ‘misleading’ testimony he recently posted on IG where he narrated his story of how God gave him his beautiful apartment when he had just N63, 000 prior to when he bought the apartment, comedian, Seyi Law has now slammed rumours that he collected money from politicians to purchase the house.

ReactIng to Akatugba’s call, Seyilaw in an interview with Punch, said he welcomes the calls for an investigation

”I feel that it is good that Nigerians are asking questions. If someone asks the police to investigate me, I think it is a good thing but I think that there are people we should demand that from. We should demand more of that from our politicians. If someone demands that the police should investigate, it is not a bad thing. However, one thing people should know is that I am one of the very few entertainers that can swear on his life that no politician has gifted me money. Everything that I own today came from my sweat. One of the questions the journalist who called me out on social media should have asked is, ‘have I fully paid for the house?’ He did not ask me and that is part of his stupidity and where he made mistakes”

When asked how he was able to afford the apartment, the comedian said

“If I invested about N15m in my Lagos show and made about N20m, I do not think I have made too much profit. If I invested about N5m in my Ibadan show and made about N9m, I do not think I have made too much profit. It means that I made a profit of about N9m. I also did a show in Port-Harcourt and right now, I am planning another show in Lagos. When I said that I lost some money at the shows I did in the UK and Dublin, I did not mean that I lost everything I invested. The reason I said I was so broke that I had N63,000 in my account was because I had paid for the hall I would use for my Lagos, Ibadan, Abuja and Port-Harcourt shows among other expenses and it ran into millions of naira. These were investments that cost me about N20m. If I invested N20m for my shows and had N63,000 in my account, does that mean that I do not have money? I spoke about my landed property in the post but no one referred to it.

I would not stop posting my testimonies on social media. I have been on a tour with PAL Pension, and my duty was to motivate students. The journalist that made that statement about my post is someone that knows me. He could have messaged me privately to explain how I was able to buy a house based on my testimony but he did not do that. That is the way a journalist is supposed to ask questions. I repeat it again and I swear on my blood and that of my mother’s that I have never been gifted money by any politician. I dare any politician to come out and say they have given me money. In fact, I have been the one that have helped most rich people I know because I could do a show for them and they would make me do another three for free. Am I not the one helping them? I have helped more people than they have helped me. I am not one of those celebrities that do good things in front of the camera”.