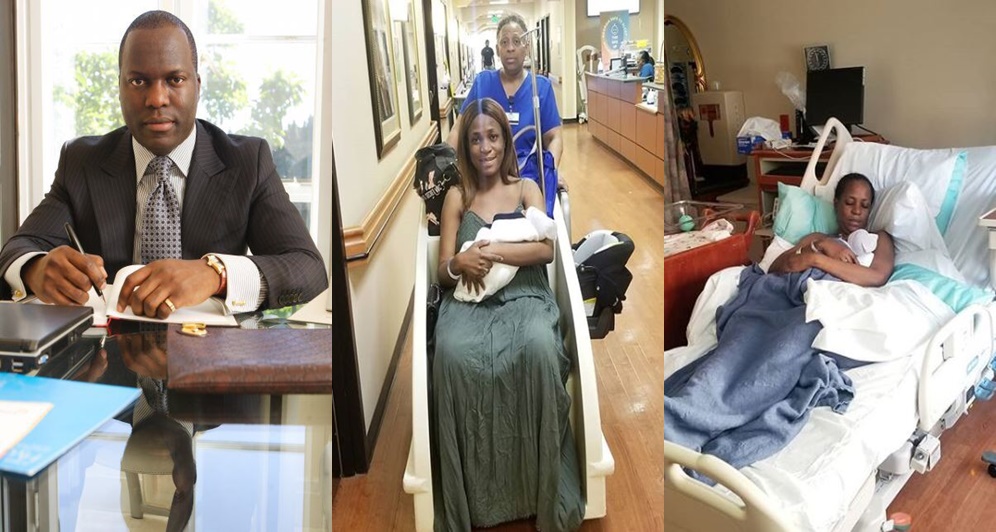 The latest babymama in town, celebrity blogger, Linda Ikeji seems to be in the news of late.

Since she was delivered of her baby Jayce Jeremi on Monday, September 17, 2018, it has been outbreaks of scoops.
Aside the campaign mounted by self-acclaimed journalist, Kemi Olunloyo on the authenticity of Linda’s pregnancy and childbirth, there have been rumours on the love life of Linda’s babydaddy, Sholaye Jeremy.

A very private person, Sholaye, who is an Itsekiri guy was said to have dated Lagos socialite, Alali Hart, a beauty entrepreneur who runs Montaigne Place.

In his 40s, Sholayemi who lives in Ikoyi where Linda Ikeji also stays, is on a first name basis with quite a number of money bags such as Femi Otedola, former governor of Delta State, Emmanuel Uduaghan, Minister of State for Petroleum, Ibe Kachikwu etc. Also, Sholayemi Jeremi was in a relationship with socialite, Alali Hart, the brain behind The Montaigne place chain of stores. The two broke up at his instance not too long ago.

A source revealed to Kemiashefon how and when Sholaye stopped seeing Alali Hart. “He dumped Alali Hart during her mother’s burial. Alali published Jeremi’s name as in law which infuriated him and he decided not to show up at the burial. “

A close source said Linda and Sholayemi were sighted together in France sometime last year but he brushed it off saying it was purely coincidental.

Kemiashefonlovehaven source revealed, “He’s currently seeing a very decent lady who’s divorced and he was said to have been begged by Linda’s parents to marry Linda.

He has refused bluntly and has not picked any calls from the ikejis. He was said to have blocked Linda from reaching him too.

The Ikejis are too loud and live their lives on social media. This does not augur well for a businessman who wants everything private.

Now seeing another private lady, who organizes events for models, he doesn’t seem ready to marry Linda and has vowed that he is not a part of her ‘babymamanism.’