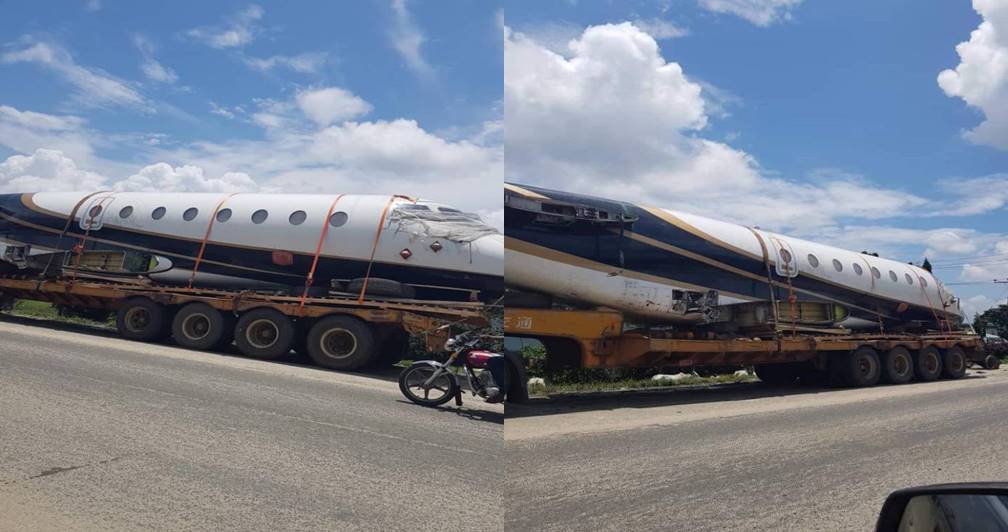 An aircraft was spotted being transported in a semi-trailer truck in Port-Harcourt, Rivers state capital, some days ago.

The damaged plane was filmed by a Facebook user while being transported to an unknown location for reason yet to be ascertained. 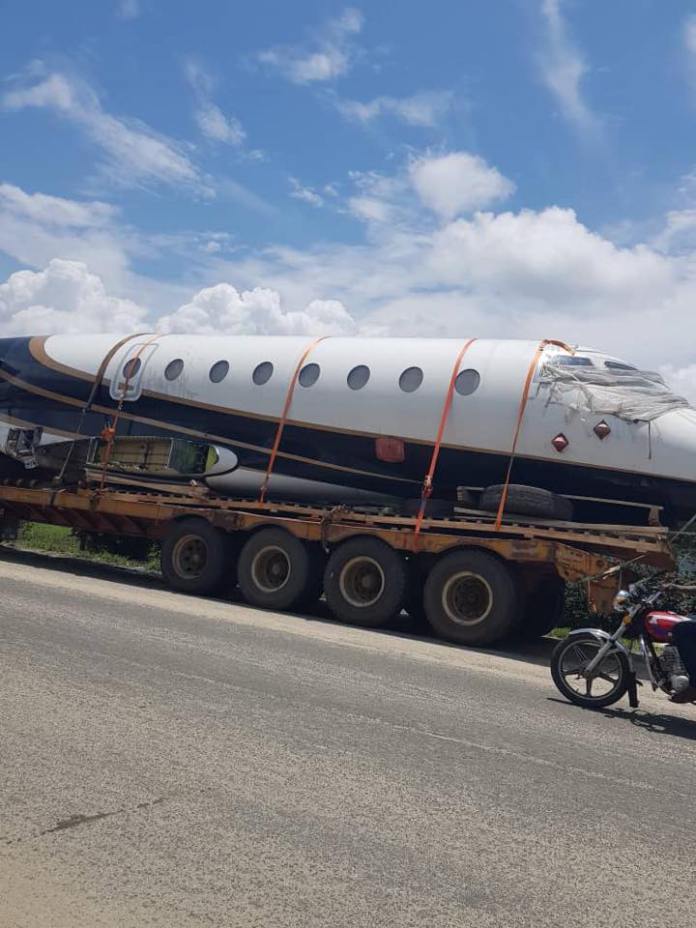 Humphrey Hu who lives in Port-Harcourt, took to Facebook on Monday, September 17th, to share the pictures of the aircraft as he wrote; Now see Nigerians importing plane through Port Harcourt wharf. WTF is going on? 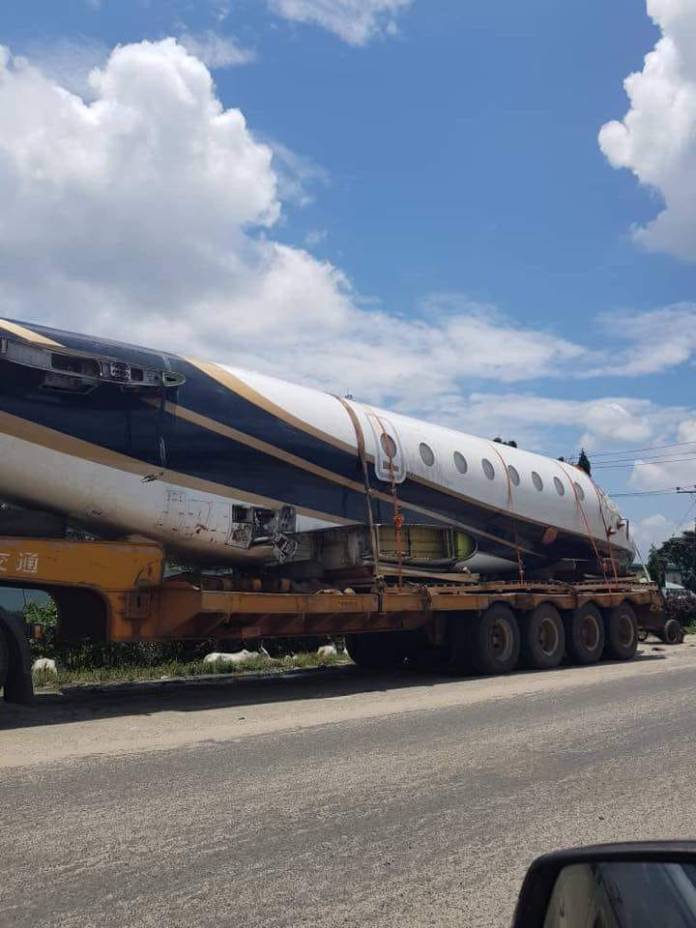 However, while some Nigerians have made unverified claims that the damaged plane was brought into the country as a fairly used product, others have argued that the plane might have been taken for repairs.

Plane imported into Nigeria through the Port harcourt seaport