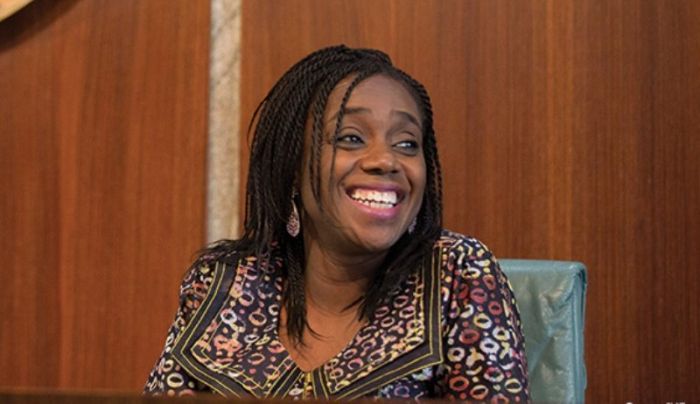 Kemi Adeosun dropped her resignation on Friday after the certificate forgery scandal.

To replace her, President Muhammadu Buhari approved that the Minister of State Budget and National Planning, Mrs Zainab Ahmed.

Ahmed is to henceforth oversee the Ministry of Finance with effect from today, September 15th.

However, the appointment of Zainab Ahmed, a northerner has sparked national debate. While some have argued that priority shouldn’t be placed on the tribe of the appointee but on her qualifications, some others say Buhari is tribalistic.

After appointing another Muslim Northerner to head DSS, @Mbuhari replaced @HMKemiAdeosun with a Muslim Northerner, Zainab Ahmed. If given the chance, the nepotic Buhari will replace even the President of the Christian Association of Nigeria with a Northern Muslim! #RenosDarts

This Zainab Ahmed's appointment made me understand that In Nigeria, when government makes any appointment, the first thing her citizens look out for is his/her tribe, religion and region instead of CV and competence. And you are wondering why we are not growing as a country