Wizkid has a comeback for ex-big brother naija housemate, Khloe after she berated him over shading his first two babymamas.

Khloe took to her IG page to slam Nigerian music star Wizkid, after the singer shaded his first two babymamas in his Snapchat post.

The singer asked his fans to turn a deaf ears to his first two babymamas who he described as money hungry hoes. 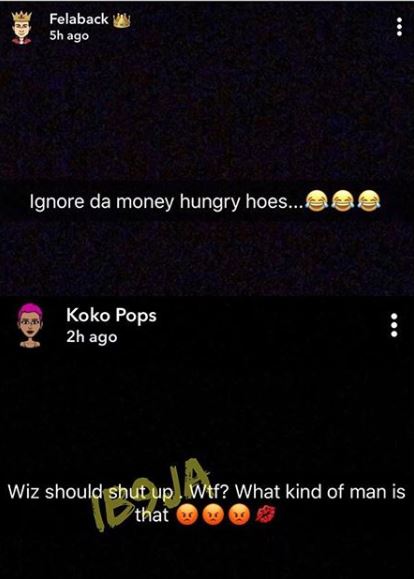 However reacting to the Snap, Khloe who questioned the kind of man Wizkid is, asked him to shut up.

“Wiz should shut up, WTF? What kind of man is that?”

Wizkid, in turn, advises Khloe in some strong words.

“I said money hungry hoes will be ignored”.