Popular Interior designer, Ehi Ogbehor has confirmed her less than one year marriage to Warri billionaire, Ken Bramor is over. This comes a month after he bought his first wife a Rolls Royce.

“Pretending to help the world.Yet, his immediate family lives in penury. Occultic beast.” 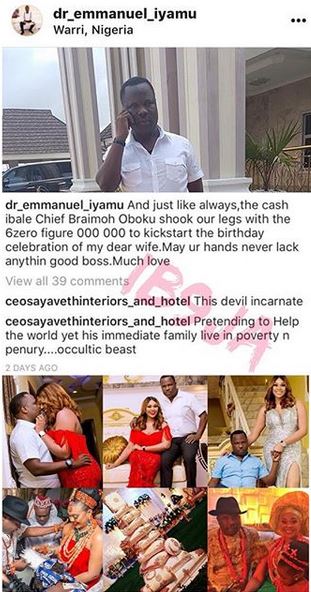