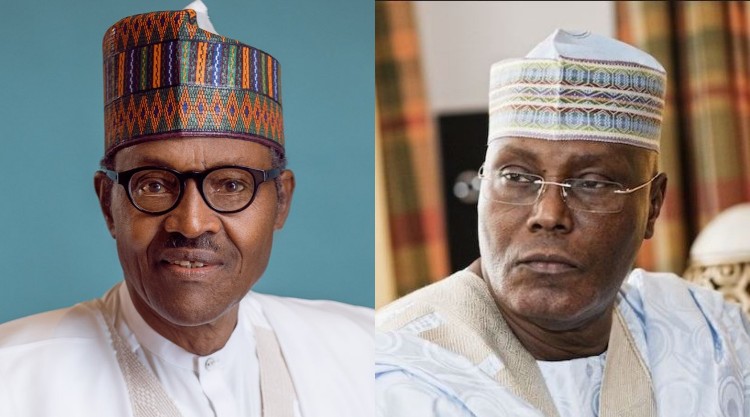 As the political parties prepare for the 2019 elections, the Presiding Bishop, Divine Seed of God Chapel Ministries, Ibadan, Prophet Wale Olagunju, who had prophesied the emergence of Alhaji Atiku Abubakar as the PDP presidential candidate, as well as his reconciliation with former President Olusegun Obasanjo that all came to pass has again predicted that no force could save President Muhammadu Buhari from defeat at next year’s election.

He also gave an insight into the choice of former governor of Anambra State, Peter Obi, saying that Senator Ike Ekweremadu was a better choice made by God.

You once predicted that Alhaji Atiku Abubakar is in the mindset of God to emerge as Nigeria’s president in 2019, now that he has won the ticket of his party, the Peoples Democratic Party (PDP), what should Nigerians expect since a keen contest is eminent between the incumbent and Atiku?

Let me congratulate President Muhammadu Buhari for winning the ticket of his party, the All Progressives Congress (APC), and let me also make it clear to him that he will lose to Atiku Abubakar. Let me also congratulate Atiku in advance because he will win the next presidential election come 2019.

Let me say, as a matter of fact, that Buhari does not need an Alfa or prophet to deceive him that he would win the election, for as God lives, he would lose. What the present President of Nigeria and the ruling party would rely on to have their from Buhari. You remember I predicted the return of notable APC members back to their former home, to be frank, big guns in APC will soon decamp and begin to campaign for Atiku. It is then that Buhari and the so-called APC will realize that the party is as good as dead.

With Prof Yemi Osinbajo, a Christian pastor running with President Buhari for the second term and considering the Yoruba and religious factor, do you think Nigerians will vote for Atiku, who just as you predicted, has picked an Igbo running mate?

First and foremost, I am highly disappointed in Yemi Osinbajo. He has failed God and the entire Christendom; he ought to have resigned by now because to me, his integrity as a pastor is in doubt. He is in a government where they are killing his Christian brothers on daily basis and he sat there, folding his arms. With Osinbajo or not, Buhari is destined to lose the 2019 presidential election. To be clear, Buhari is on his way to Daura come 2019. I can confirm that the Yoruba will not vote for Buhari, but for Atiku and let me say this that only a mature son of the devil pastor will support Buhari. Let Buhari assemble his hungry Alfas and pastors to pray for way is rigging, just as it happened in Ekiti and Osun states recently. It is very obvious that they will rely on rigging, but as revealed to me by Almighty God, I want to assure Nigerians that they will fail. To be precise, Buhari will not be the president to be sworn in, come May 29 2019.

In your 2018 prediction you said that former President Obasanjo would forgive and throw his weight behind the ambition of Atiku Abubakar for the presidency in 2019. Events in the last two weeks have confirmed this, is there anything bigger for Nigerians as regards the 2019 presidential election? Nigerians and the world at large would want to know what further message you have from God?

With Obasanjo’s endorsement of Atiku as a better candidate than Buhari, he has fulfilled all biblical righteousness by forgiving Atiku as required by God. Obasanjo congratulated Atiku for winning the ticket of his party. So, I am standing on my prediction that, he will not only forgive Atiku, but will also support and throw his weight behind him to win the election. I affirm, with the blessing of Obasanjo now, that the coast is clear for Atiku to take over him, as God of heaven lives, they will fail. That is just the message from the Almighty God.

In your 51-point prophecy released for 2018, you prophesied that only an Atiku/Ekweremadu ticket would be strong enough to unseat Buhari. With the look of things, particularly with the selection of ex-governor Peter Obi as Atiku running mate, are you still certain of victory for the PDP candidate?

Yes. Victory is certain for Atiku. Peter Obi is not better than Ekweremadu. In the sight of God, Ekweremadu is better than Obi. We are all witnesses to the fact that controversy trailed the nomination of Peter Obi. The fact of the case is this; you will discover that the APC-led Federal Government is waging a serious war against Ekweremadu, so that is why, to my mind; the PDP leadership decided to pick Obi.

Based on your prediction, now that the immediate past governor of Ekiti State, Ayodele Fayose has left office, what fate do you think may befall him?

First and foremost, I stand by my prediction. May be by now, Fayose would have realized that nothing, including position of authority is permanent except God. What I said in my prophecy was that Fayemi- led government in conjunction with the Federal Government would deal with him and ground him politically, so I still stand by that.

You predicted the rejection of Goodluck Jonathan by God as well as the coming of Buhari and these came to pass. You also predicted in 2017 that God has rejected Buhari because he has disappointed God and that Atiku is on his way to power and also that people will root for him; this is also on its way to fulfillment, what is the source of your power?

To God be the glory, the source of my power is from the Almighty God, who created heaven and the earth. I return all glory to His Majesty.

With a particular reference to Oyo State, what would the governorship election look like across the country, especially in the Southwest, a zone believed to be the strong hold of the ruling party?

Let us talk about Oyo State. In the previous revelations, God revealed Seyi Makinde to me, but he needs aggressive prayer to truly emerge victorious. Apart from that, the Lord revealed to me that Seyi Makinde is a stubborn leader who still needs to mend his ways before coming to power. I thank God that the PDP did not choose a wrong presidential candidate. With Atiku on board, notable Nigerians in APC who are yet to decamp will do so and throw their full support for the man after God’s heart. Let Atiku begin his campaign, you will quickly notice that the APC leadership will realize that the table has turned in favour of Atiku and his name will continue to ring bell until he gets to power, but Nigerians should pray for him now that the Lord should spare his live.