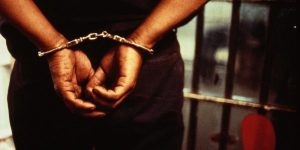 An unidentified 40-year-old man was apprehended by police operatives in Lagos on Wednesday for allegedly sleeping with an 8-year-old continuously. Apparently, the situation was uncovered when her grandma noticed her always being teary whenever she tried to bath between the thighs of the 8-year-old.

The man had been having sex with the girl with a N200 price attached to cater for her journey to school every morning. The 8-year-old complained of how her grandma couldn’t give her enough money to school, so she needed to N200 to avoid trekking to school every morning. Meanwhile, her grandma said she gives her food to eat before leaving for school. The middle-aged man was battered before he was handed over to a police station in that same community.