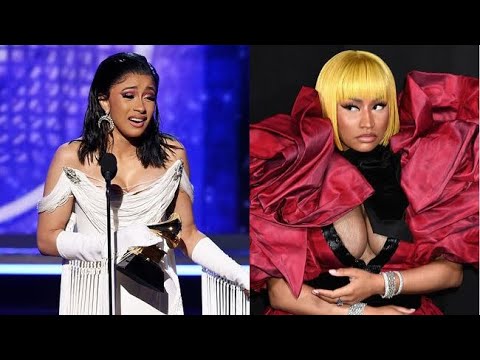 American rapper, Nicki Minaj, has revealed that she won’t be performing at Black Entertainment(BET) festival this summer after BET posted an offensive tweet aimed at the talented rapper following Cardi B’s Grammy award win in the best rap of the year category.

After Cardi B picked up the award on Sunday night, the television network posted a saucy headline that read ‘Nicki Minaj is being dragged by her lacefront.”

Although BET have deleted the offensive tweet but didn’t stop the female rapper from canceling her participation at the music carnival. She while taking to her twitter handle said ‘young money will no longer be apart of the BET experience or Award show’.

Note that Young money includes, Lil Wayne, who is also on her team.