Home Entertainment Tuface says he knows he has failed as a father, husband and...
Facebook
Twitter
WhatsApp 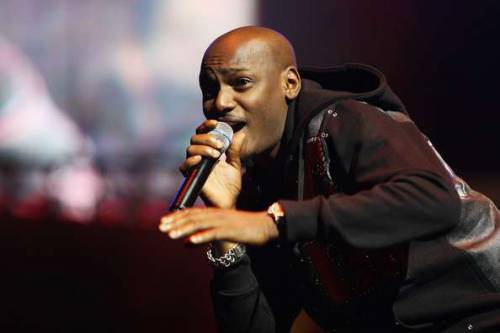 Nigerian music legend Tubaba real name Innocent Idibia has taken to social media to beg his wife and mother of his two daughters Annie Idibia over an undisclosed issue.

Tubaba, in his apology to Annie via Instagram on Monday morning said he was truly sorry for goofing so bad. He said he knows he has messed up as a role model, father  and husband – adding that he knows that his wife has really tried.

It will be recalled that his wife then Annie Macaulay had been in an off and on relationship with the ‘African Queen’ singer for many years before they eventually tied the knot in 2013 – after what seemed like an impossible thing. It is also worthy of note that Tubaba  had kids with other women, therefor it came as a big surprise to many when the duo announced their wedding. 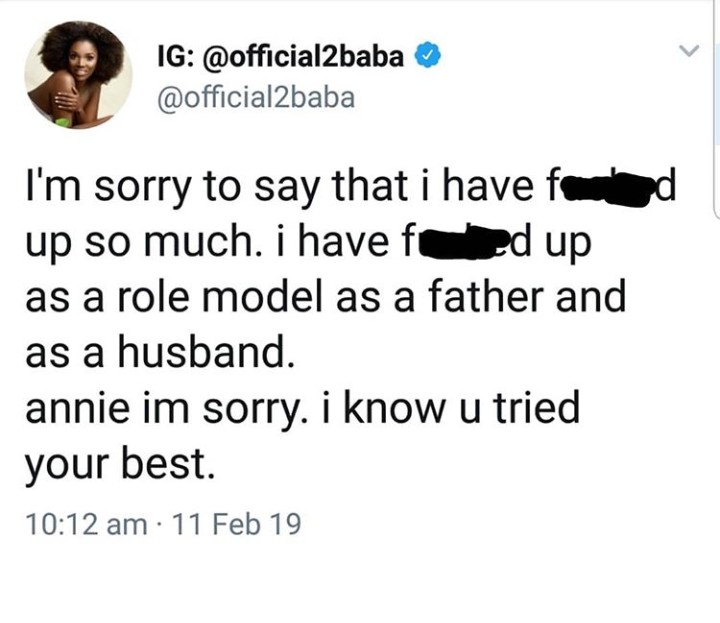