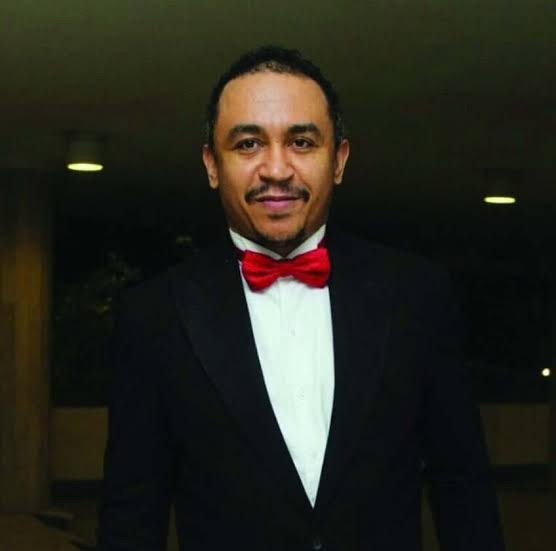 Most Nigerians have turned social media to where they go for commercial begging and such was the case of this user who was caught asking for two thousand Naira from Popular On Air Personality, Daddy Freeze.

The controversial OAP, however, replied him by asking him to join the ongoing resurrection challenge he is overseeing with the same data he is using to beg for money on social media. 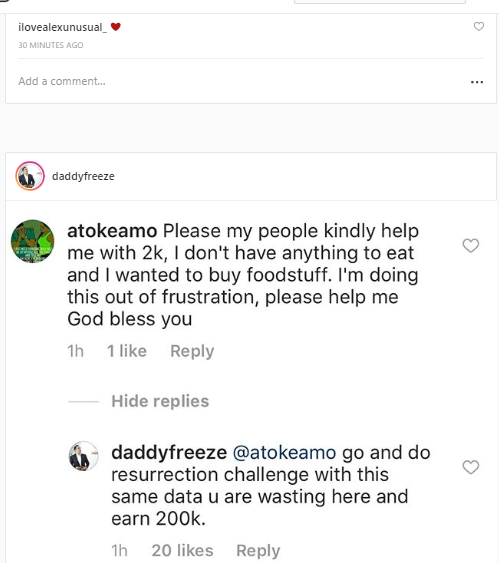