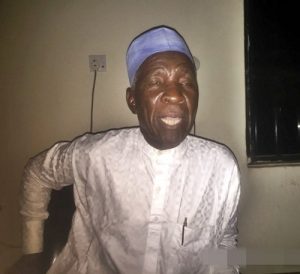 Speaking during a live television show on Channels ”Sunrise” today March 20th, said what happened in Rivers is enough evidence to what he is saying.

Galadima was a former ally of President Muhammadu during their time at Congress for Progressive Change(CPC) before the duo joined different Political Parties.

“I saw it on television where they were going to houses killing people,”

“Have you ever heard that a respondent went to court to check the results of an election because he was not sure his agents did the right thing?”