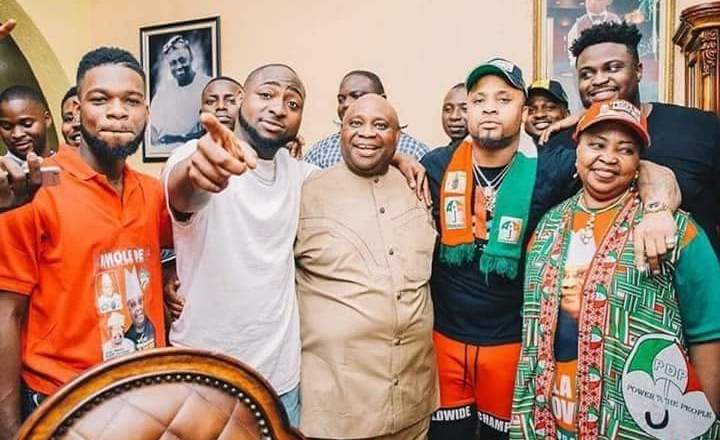 Some Nigerians have urged Senator Ademola Adeleke not to celebrate his victory at the Osun state governorship election tribunal yet because there’s still the Court of Appeal and the Supreme Court to conquer.

Adeleke was declared the winner of the September 2018 governorship election by an election petition tribunal, sitting in Abuja, on Friday, to the delight of family, friends, supporters and members of the People’s Democratic PDP.

Meanwhile, there are others that believe that Adeleke can win all, using the cases of Adams Oshiomhole of Edo state, Olusegun Mimiko of Ondo state and Rauf Aregbesola of Osun state, that displaced sitting governors.

Adeleke/PDP Don't Celebrate Yet, Dakuku And Mama Taraba Also Won At The Tribunal and Appeal but lost at the Apex court.
So what's the celebration all about? Adeleke and the PDP should not celebrate yet until this matter gets to the Supreme Court..

Nothing to celebrate abt Tribunal Judgement 4 sum1 like me becos I am nt a novice in this regard. In 2015 we were almost consumed by ocean of joy wen Tribunal declared Mama TARABA as Winner of TARABA Guber election bt we were made to mourned endlessly in d Appeal & Supreme Court

For those who are citing Mama Taraba's &Dakuku Peterside's cases, be reminded that Mimiko(Ondo), Aregbesola(Osun), Oshiomole (Edo) unseated the sitting governor…

So Adeleke can end up as Osun State governor, after the tribunal's decision is upheld at the appeal& Supreme Court pic.twitter.com/Uy0kWfK7U9