Home Trending Heartbreaking story of a Nigerian man whose soulmate got pregnant for his...
Facebook
Twitter
WhatsApp 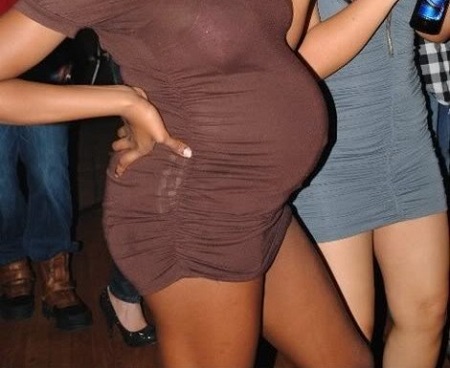 A Nigerian Twitter user with the handle @Oshokece has told the sad tale of how a girl he loved and saw through school, got pregnant for his childhood friend.

According to the man, he had been transferred from his original base (Lagos) to the East, by the company he worked for and that was how his relationship with his lover, hit the rock.

Read the full story below;

I was dating this girl before the company I was working with transferred me to the East for a suppose 5years. While I was was there, I constantly keep in touch. I at least speak with her 3times a day over the phone. While on some weekends, I will take a night bus 2 Lagos on Friday evening to return on Sunday evening and I will practically head straight to the office on Monday morning from the park.

After a year and 3 months to be precise, she called one evening and said she was tired of long distance relationship and that I should forget about, I jump on a night bus the following Friday, lodged in a hotel (I was always in a hotel because I didn’t want my parent to know I was in Lagos) and had to beg my friend to persuade and bring her to the hotel and had to plead and pet her and we were back on track.

Before I accepted to go on transfer I confided in her and she accepted I should go. Left for me I was ready to quit the job and get something else doing even when I was still saddled with the responsibility of paying her fees from the first year to her third year and even after the transfer, I was still paying her way through school….love ehhh……and then, finally, after 7months of which I have been to Lagos as usual 6times in between she sent me text saying she has moved on. That was the last time I could reach her on the phone.

The line was permanently switched off and I tried every other means to reach her but could not…..mehnnnn I was miserable…….to love is to make a sacrifice and I paid with my last coin, but never again.

After 2years, and 3months. I received a letter from the head office in Lagos that my work there was done and I had to return to Lagos. Before then, I already applied for a month leave which was approved together with the letter to return to Lagos. A day after I was in Lagos, I immediately started a stop and search mission when I ran into her friend who accepted to take me to where she was only if I promise her I won’t let her know she was the one who led me to her, sharply, I comply.

On getting there, she (her friend) showed me the house from afar and also describe the door to knock. Like a roaring lion, sped into the building and knocked on the exact door as I was told and behold she came to check who was at the door with a big tummy. She was pregnant.

The longest minutes of my life. I was glued to the floor. I couldn’t go in either was I able to go back…finally my foot was loosed and I have to leave. At this time I was already soaked with sweat. I dashed into the street and her friend was still around waiting for me.

She asked we seat out in the nearest bar to tell me what actually transpired. That was the first day I tasted alcohol and I drank to stupor. She got pregnant for my childhood friend, who refused the pregnancy and took off. All I knew was that I found myself at the hospital.

While I was at the hospital, she was rushed to the same hospital while she was in labour. ( I too get conscience). After her delivery, she couldn’t afford the bills and out of pity not for her but for the Innocent baby, I had to pay. And before I left the hospital.

These were my last words to her. If I had ever done you wrong in any form, only then will you live free but if I haven’t you will come and beg me for forgiveness on your kneels……and guess what, she came begging not just kneeling but also rolling on the ground.

It took me years to get over the trauma……and when I finally did, starting a relationship has been by far the hardest thing to do. ever since My life has been work, work and work and when am not working am indoor. This is my story.