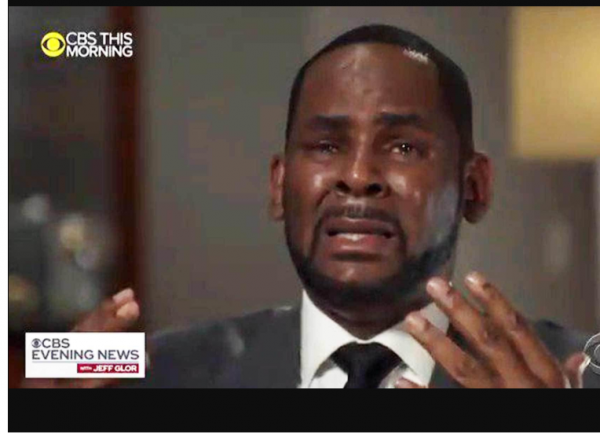 Singer R. Kelly has again gotten many talking following his interview with Gayle King of CBS This Morning.

The embattled 52-year-old singer broke down in tears while vehemently denying all the allegations against him. The singer has been charged with 10 counts of sexual abuse against underage girls.

The interview set to be released on Wednesday sees Kelly denying all of the accusations against him. In an emotionally laden voice, Kelly tells Gayle King, “I’m fighting for my fucking life!”.

Watch the videos below;

“Something like this can happen to any artist. Anybody famous. Anybody famous can get accused of so many different things.” — @RKelly tells @GayleKing in an exclusive interview airing Wednesday on @CBSThisMorning. https://t.co/Ne5j52qxqh pic.twitter.com/hkp5t0Fndq