Home Politics ‘If PDP Loses On Saturday, Then The Election Is Not Free And...
Facebook
Twitter
WhatsApp 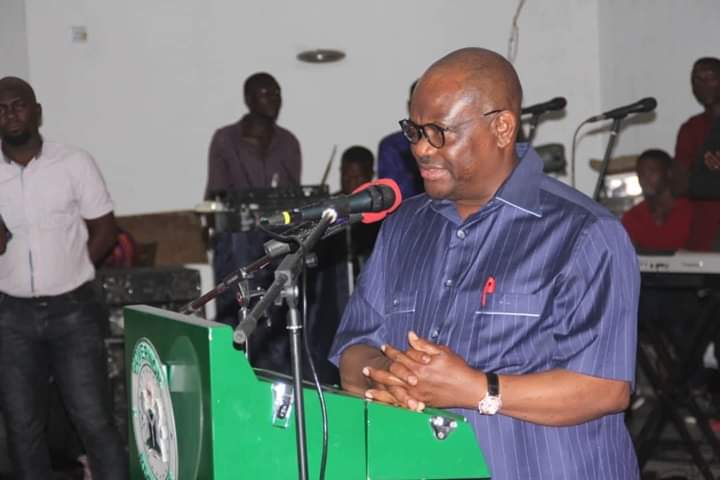 Rivers State Governor, Nysom Wike, has bragged that there is no way he would lose re-election on Saturday. He said if his party, Peoples Democratic Party(PDP), looses on Saturday, then it means that the election is not free and fair.

His comment is a reference to the fact that the main opposition in the state, All Progressive Congress(APC), is not fielding any candidate for any of the elections in the state on Saturday following a court order that resulted from an internal crisis.

Although APC has adopted the African Action Congress((AAC) gubernatorial candidate, Awara Biokpomabo, for the Saturday elections, Wike is of the opinion that AAC does not stand a chance as it did not campaign rigorously.

There is no way that the PDP will lose Rivers State and they tell the world that the elections are free and fair.

Even if we want to play politics, how would they explain to the International community that PDP lost to an unknown party that did not campaign. pic.twitter.com/mo4eMxlgOo