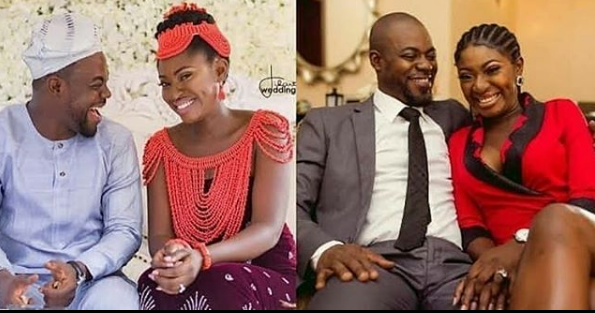 Nigerian actress  Yvonne Jegede has finally opened up about her marital issues.

Recall rumours surfaced a few months ago that the actress who is married to rapper/actor Olakunle Abounce Fawole have moved out of their matrimonial home.

The couple, who tied the knot back in 2017, welcomed their first chid Xavier four months ago.

Speaking with Pulse, Yvonne said issues began to surface three months after she got pregnant.

In her words, “we started having issues before the birth of Xavier. I think I was about two to three months pregnant when the issues came. Immediately the issues came, there was never a dull moment, it just kept going up and up and it got worse and it got bad and today here we are”.

Yvonne, who hit the limelight with her feature in Tuface Idibia’s Africa Queen, said when she saw the marriage wasn’t one to be salvaged, she moved out of their home.