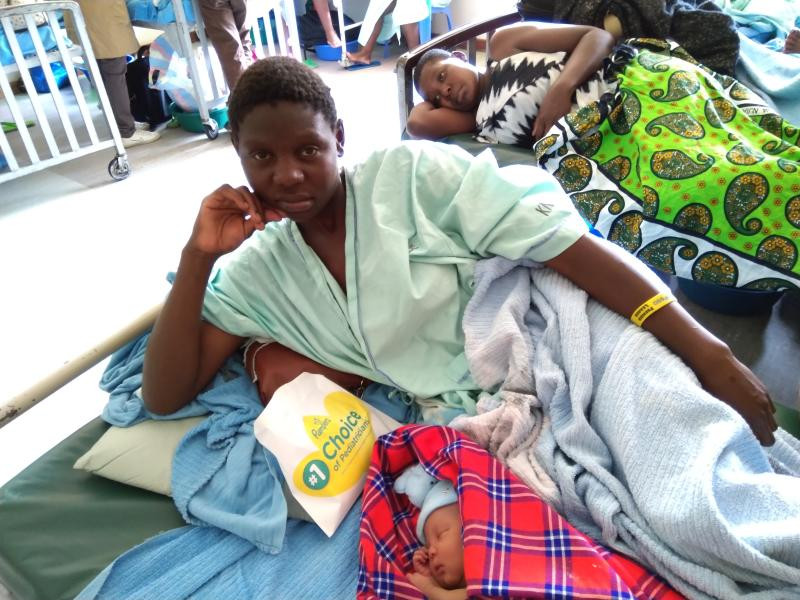 A homeless pregnant woman whose name has been given as Rebecca Atieno, 20, has given birth unassisted at a park.
According to reports, the woman gave birth at a recreational park in Nairobi, not long after she as fired from her job for being too slow.
Reports also have it that the 20-year-old had been kicked out of a lodge due to her inability to raise Sh50.
While at the park, she felt the urge to ease herself but could not even pay the Sh10 that public toilets charge.
“I did not have Sh10 and my phone was switched off, the attendant forced me to surrender the handset so she could let me use the facility,” said Atieno.

Her water broke at about 2pm and thus followed the pain. Atieno said she stood against a tree near her and after about 30 minutes,  she birthed her baby girl, unassisted and wrapped her with her sweater.
She had earlier visited the Bahati Hospital in Nairobi’s Eastlands, where she expected to give birth, twice that day.
“I marveled at my newborn daughter’s perfect fingers and toes. I felt lucky, as all new parents do, but also because I had somehow miraculously managed to do this all on my own,” said Atieno.

“My boss claimed that I was too slow to work at such a place, I felt like she was forcing me to leave the job. I didn’t have anywhere else to go.”
With no family in Nairobi, she hopes to get a job soon to help cater to her and her baby.
AdvertisementABUJA DOCTOR REVEAL THE UNIQUE WAY TO PERMANENTLY CURE WEAK ERECTION, SMALL AND SHAMEFUL MANHOOD AND INFERTILITY ISSUES WITHOUT SIDE-EFFECTS WITHIN SHORT PERIOD!! DON'T BE A VICTIM!! Click Here for More Details