The war between Ubi Franklin and Iyanya seem to be getting even more intense has Ubi has now released Whatsapp chats between them.

Ubi had granted Cool FM an interview this morning, where he produced paperwork and documents to show that he never cheated Iyanya as the latter keeps claiming.

The Triple MG boss went on to state that Iyanya has never been a fan of singer Tekno, who is also signed to the label.

See the Whatsapp chats below; 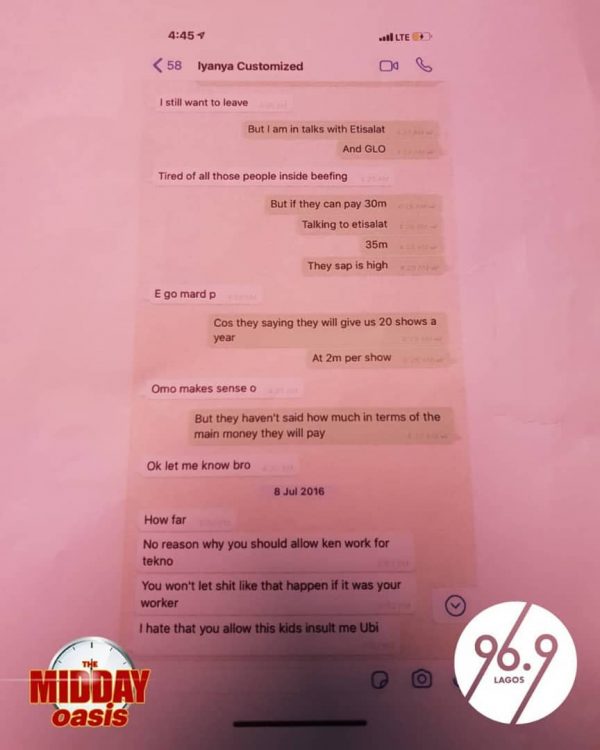 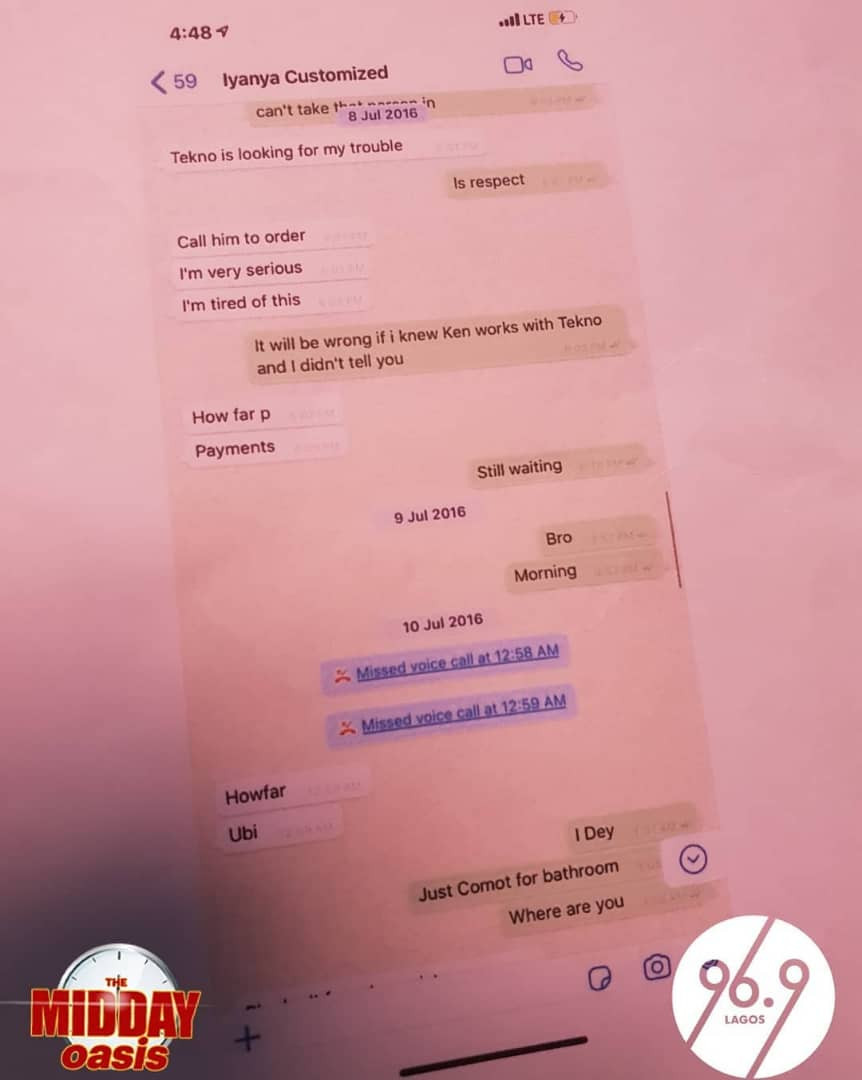 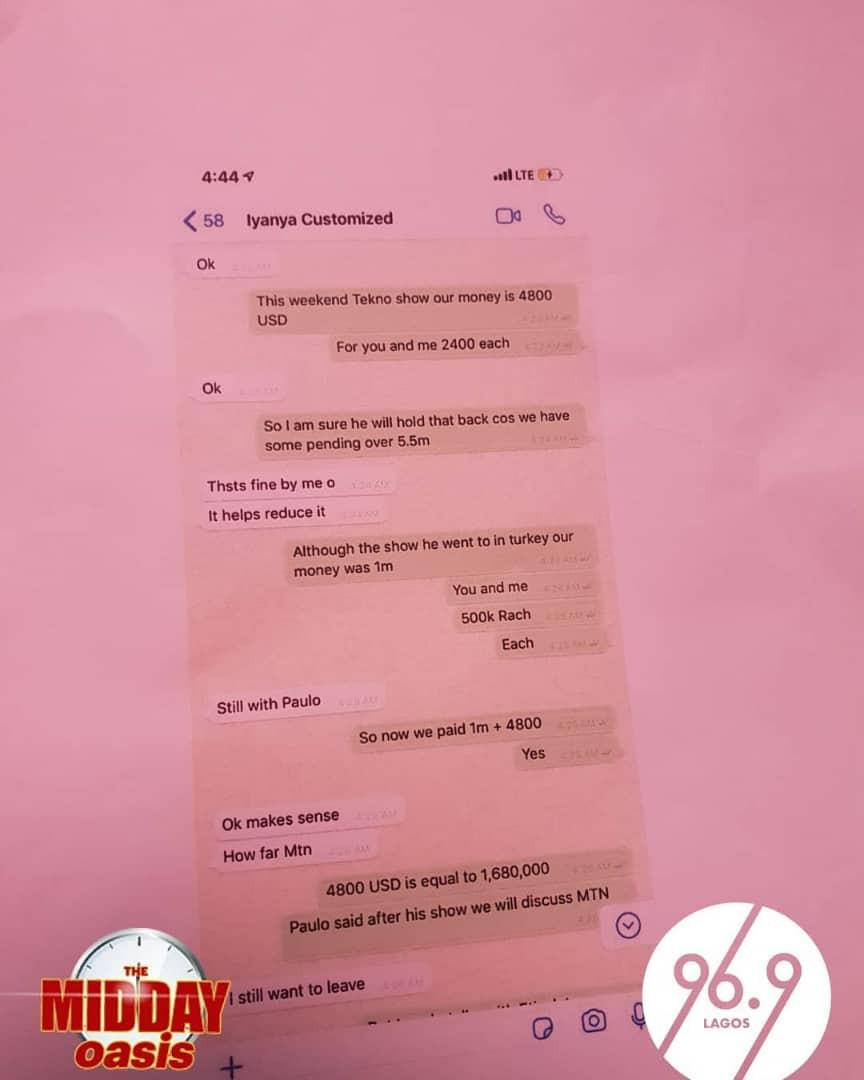 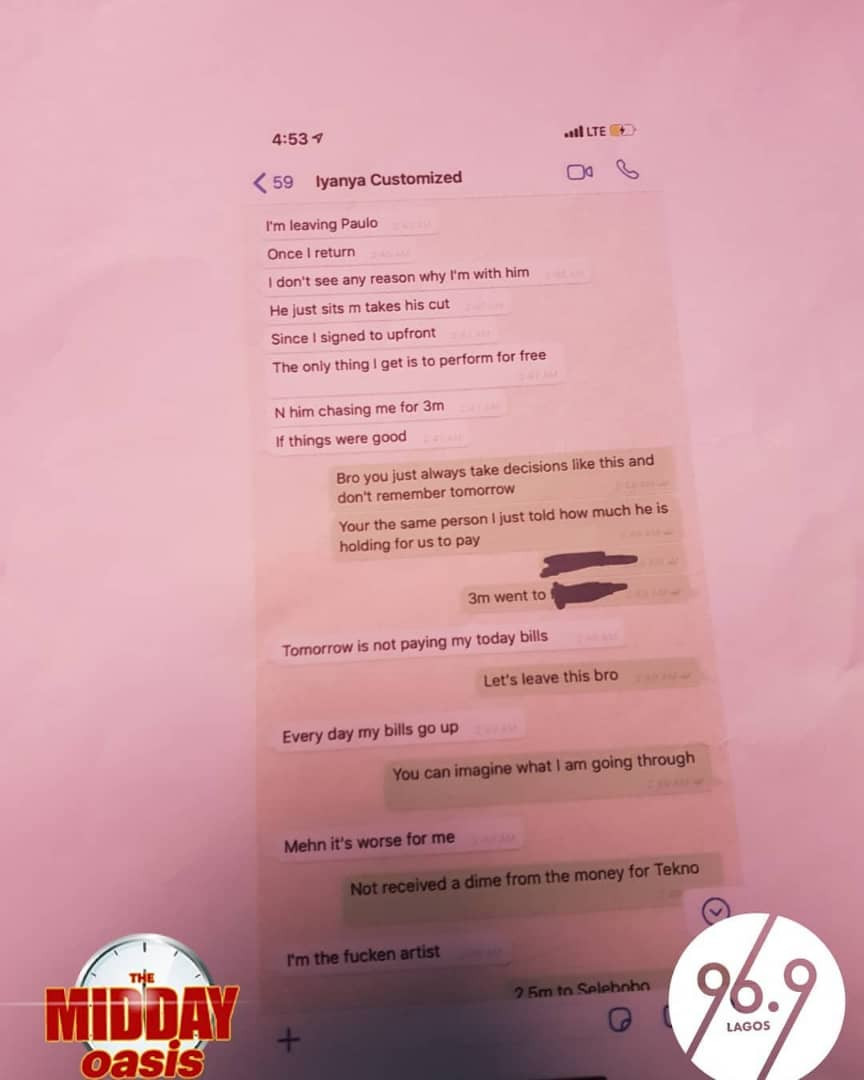 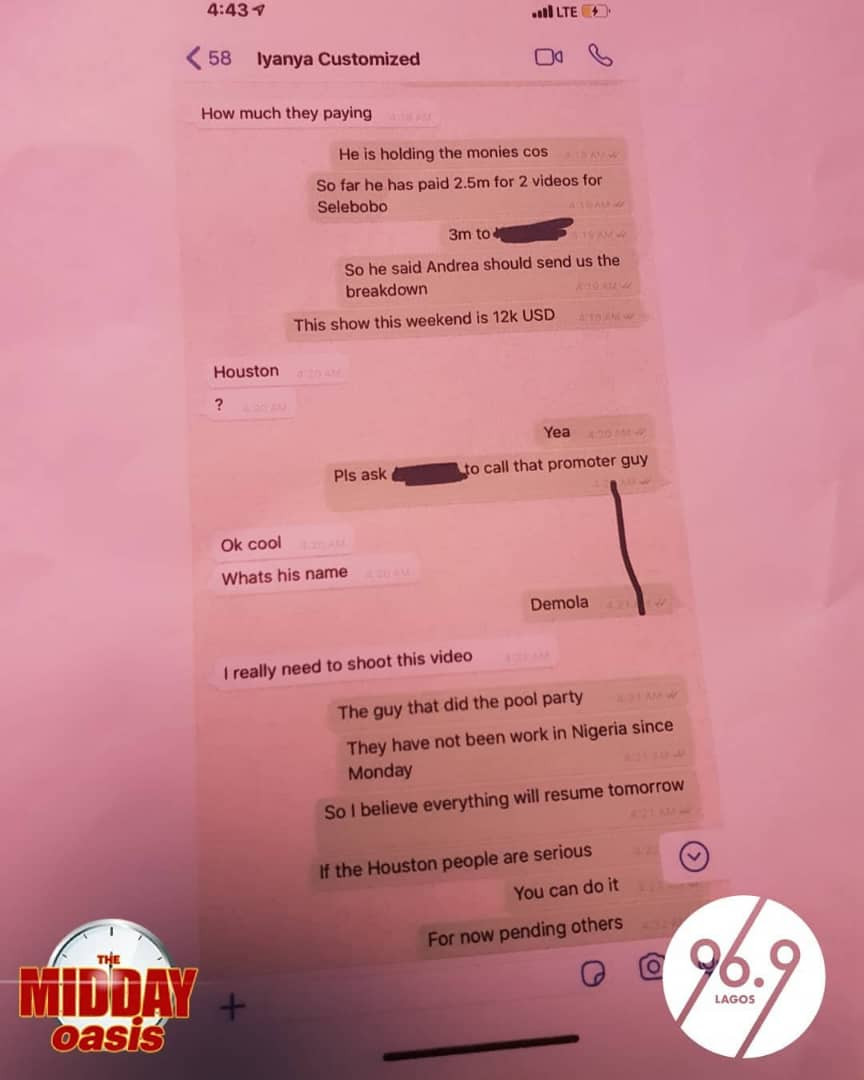