Home Politics What would have happened if I had died in the helicopter crash...
Facebook
Twitter
WhatsApp 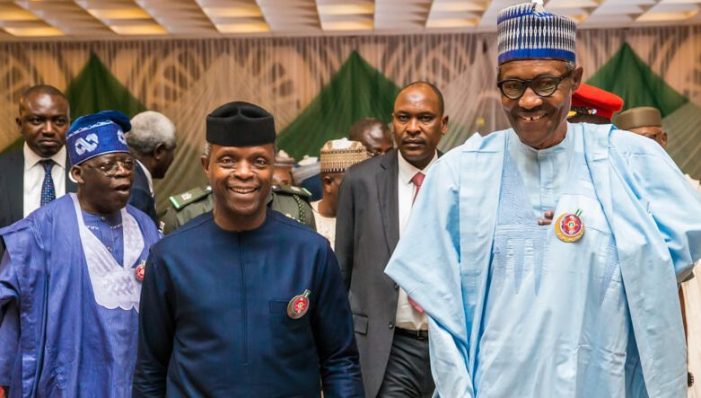 Vice President Yemi Osinbajo has said that a lot of people whether in or out of government, would have been in trouble, if he had died in last February’s helicopter crash in Kabba, Kogi state.

The vice president made this known, while speaking during a special thanksgiving service for the All Progressives Congress (APC) victory at the just concluded polls.

At the service which held at the old Banquet Hall of the State House, Osinbajo said he is all thanks to God for sparing his life and exalting him, as he never thought he’d be, who he is today

“On February 2nd, God gave me reason to know that but for His grace we would have been consumed, when our helicopter crashed.

“When the crashed occurred, for a moment there was complete silence. For a second, it occurred to me that if we had died, that is what it would have been – complete silence. But we all got out without a scratch. God delivered us.

“God also delivered those in charge of our security; even the government of Kogi State would also have been in trouble. We give God all the glory.

“I pray God will also be kind to you all also, that you will never be lacking in support, care and genuine prayers.

“God is surely worthy to be praised. I have no special qualifications to be here but exaltation comes from God”.

“I wouldn’t have believed that I would be going round the country campaigning for votes in 2015 and thereafter”.