Popular journalist and critic Kemi Olunloyo has revealed that there are more things to celebrate than the purchase of a new car.

Kemi Olunloyo revealed this in an Instagram post where she called out Bobrisky, Mompha, BamBam, and Regina Daniels, on their recent acquisition of new cars.

She recalled her ordeal back in 1989 when she acquired a new Acura car. She revealed that she almost died alongside her 2-year-old son who was strapped to the front seat when a truck driver, who died instantly, ran into her.

Kemi advised them to celebrate their children, relationships and other things rather than glorifying the purchase of a new car. 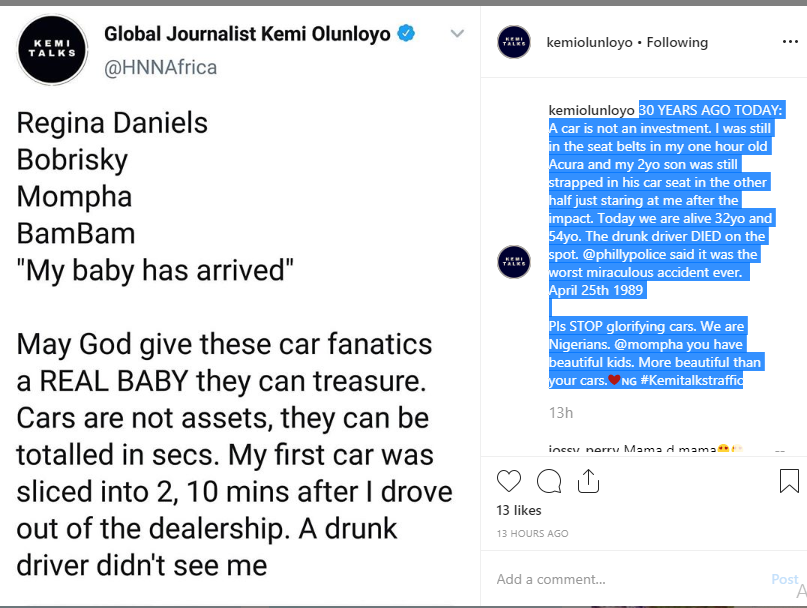