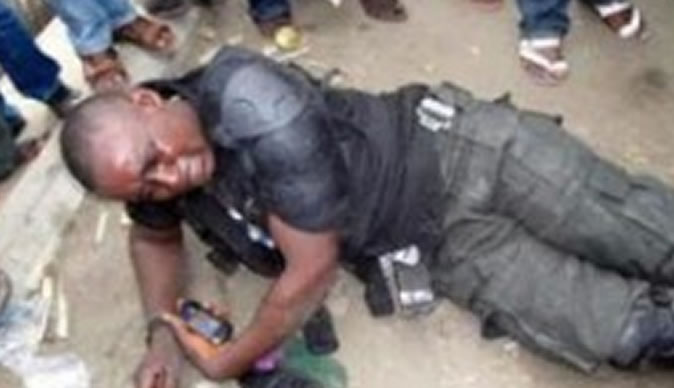 An officer of the Nigerian army was yesterday, 16th April, beaten to a pulp by some miscreant in Apapa boundary area of Ajegunle for preventing them from carrying out jungle justice on a trailer driver who killed a man in the area.

According to an eye witness account, the deceased whose name is Kola Mutiu popularly known as Black Jesus was knocked down by the diver of the trailer while trying to collect money from him.

Following the confirmation of Kola as ”dead”, the angry mob moved into lynching the trailer driver but the soldier stepped in to pacify them.  The Irate mob not satisfied with his action then gave him the beating of his life.