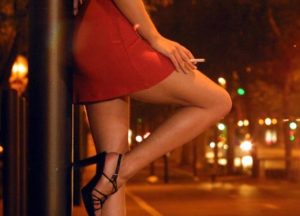 An Italian has been arrested in connection with the murder of a Nigerian prostitute named Benedita Dan in Italy after her body was found in a canal. Local police were able to trace the murder to the 40-year-old Italian named Leopoldo Scalici, after obtaining surveillance camera of the area which shows the Italian dumping the Nigerian Lady off.

The Italian has opened up to committing the crime by killing the victim with a heavy workbench vise and police have promised judgment.