Home Entertainment Its Getting Messy As Omotola Fires Back!!! It’s sad that you think...
Facebook
Twitter
WhatsApp 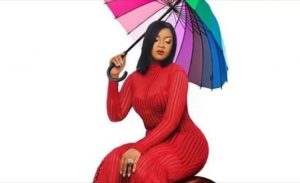 The comment from delectable Nollywood actress, Omotola Jolade Ekeinde, a.k.a ”Omosexy” that says the country is hellish under both Buhari and Osinbajo regime has generated a lot of reactions from Nigerians.

Some Nigerians have ”alleged’ that Omotola is only pained simply because of the era of ”free money” has stopped under the current administration.

Omotola who took to her Twitter handle to reply one of the Nigerians making such comment said she has never been in the company of collecting free money from anybody.

Lol, Apart from the FACT that I do not and was NEVER in the company of collecting free money? It's sad that you think "circulation on Money in a Nation" means free money. Speaks clearly of your orientation and level of education/understanding. It's okay dear,business? I'm good. https://t.co/zuMheSSabh