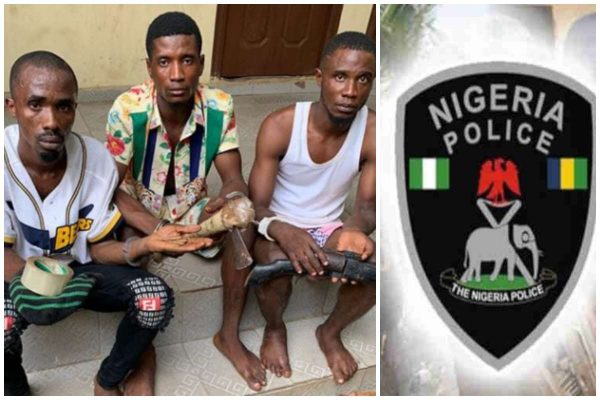 3 persons have been arrested by the Nigerian Police Force over the abduction of Channels Television’s staff, Mr Friday Okeregbe.

Reports have it that Mr. Okeregbe was not the target of the vicious criminals but was instead abducted on 22nd March at 07:45PM, while parking his vehicle at a location in Lugbe, Abuja.

He was then taken to the kidnappers’ den somewhere in Karimo, Abuja and kept incommunicado afterwards.

Police recovered a locally made revolver gun, three (3) live AK47 ammunitions, a battle axe, phones and masks with which they blindfold their victims from the suspects. Efforts to arrest other members of the gang still at large have been intensified.