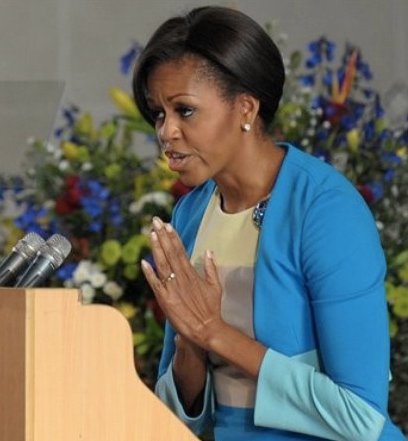 While promoting her new book “Becoming” in London, Mrs Obama for lack of a better metaphor, described the country’s relationship with Trump as one that has turned bad.

The former first lady equated the troubles America is experiencing with that of a youngster, who goes to spend the weekend with his/her divorced father — The visit is fun at the first few hours as there will be lots of interesting things but the teenager eventually becomes sick.

The reactions from people were quick — especially from divorced dads who felt slighted by the comments, explaining how it somehow made divorced dads look inferior to divorced moms.

One disappointed admirer of Michelle Obama said via a tweet: “I admire @MichelleObama, but I really wish she wouldn’t use divorced dads as a metaphor for Trump. I hear some of them are quite awesome.” Someone else said, “As a divorced dad, I do my best to raise my son into a kind of man of which we all can be proud. Your comment doesn’t help people see that I’m conscientious and competent to do a good job.”

Another wrote; I love @MichelleObama, but comparing @realDonaldTrump to a divorced dad does a great disservice to many men who do everything they can to raise their children and provide them with safe, loving homes.

I speak from the heart about this, on behalf of my own dad and many others.

One even wrote: Hey @MichelleObama thanks for stereotyping all of us divorced dads. Maybe you aren’t aware, but stereotypes are hate speech used to perpetuate myths in order to oppress segments of society unjustly. I am extremely hurt by your comments. #divorceddad #MichelleObama